Go Back to the List September 21, 2018
Internationalisation without loss of identity

A growing number of overseas students are attracted by the Philippines’ relatively low tuition fee levels, low cost of living and – for students from Southeast Asia – geographical proximity. The country has also been a popular destination for students who want to study English and is sometimes characterised as the home of the world’s ‘budget English teacher’.

According to the Commission on Higher Education’s (CHED) Memorandum Order #55 entitled “Policy Framework and Strategies on the Internationalization of Philippine Higher Education”, the primary goal of the internationalisation agenda is to improve the quality of education that would translate into the development of a competitive human resource capital that can adapt to shifting demands in the regional and global environment, to support and sustain the country’s economic growth.

The vision and mission statement of the private university articulates its aspiration to produce graduates who are globally competitive and to promote values oriented towards national and global development. In its five-year strategic plan, the private university has included its aim to be more active in internationalising.

To resolve some of these concerns, efforts were made to distinguish the internationalisation of higher education from the concept of ‘global education’.

Major universities in the Philippines, such as the two case studies here, are increasingly giving more weight to research publications indexed by ISI and Scopus journals. The private university offers PHP40,000 (US$740), while the public university offers PHP55,000 (US$1,000) to academics who publish in such journals.

Both universities also encourage academics and students to attend and participate in international conferences, training sessions and workshops, with some financial subsidies offered. In the public university, there is a research dissemination grant –just one of many grants that are part of the university’s faculty development programme. Both universities also pursue research collaborations with foreign institutions.

The Faculty Exchange Programme of the private university aims to provide opportunities for faculty members to share their expertise and conduct collaborative research with faculty members of a partner university, whether locally or abroad.

Meanwhile, the Staff Exchange Programme provides opportunities for staff members of the host and home universities to share their best practice. This programme will include observation of the partner university’s day-to-day activities in the areas of governance and management and the use of learning resources. This also involves formal and informal dialogue with the stakeholders of the partner university.

In the public university, there is an institutionalised faculty modernisation programme where the university shoulders the expenses of faculty members who pursue graduate studies abroad. They pay for accommodation and allowances. The university also supports non-tenured faculty members, giving them the opportunity to take study leave or research leave.

It is also now easier for the university to invite visiting professors, artists and researchers to conduct and facilitate workshops, lectures, training, research and performances because of the lecture series programme of international experts that the university has institutionalised.

Some of the private university’s student off-campus engagements include short-term mobility programmes abroad, such as cultural immersion programmes, leadership camps, conferences and competitions. The international student apprenticeship programme, managed by the university’s colleges, is another form of student mobility initiative.

The university observes CHED requirements and guidelines on internships abroad. Longer-term mobility programmes are actualised through memoranda of understanding with its academic partners. For instance, the university organises on-site education fairs with New Zealand's accredited partners to encourage students to study abroad for their masters degree.

The public university faces a limit on the number of foreign students that it can accept since it is a state university whose mandate is to provide education to underprivileged, marginalised but deserving Filipino students.

The international linkages office has also prepared a Philippine studies module for foreigners; for two weeks they will study the Filipino language and the local history and culture. This also includes a cultural immersion programme involving trips to historical sites, museums and local communities.

One of the institutionalised and strong links of the public university is with a Japanese university, which has had an academic programme on Philippine studies since the 1980s. The programme offers courses on the Filipino language, literature, culture and society. It is a tangible example of the impact of the internationalisation efforts of a Philippine university.

In the private university’s Institute of Tourism students are encouraged to volunteer for international activities. These include the APEC (Asia-Pacific Economic Cooperation) Summit and the ASEAN (Association of Southeast Asian Nations) meetings that are hosted by the different government agencies in the country – such as the Office of the President, the National Youth Commission, the Department of Tourism and the Department of Foreign Affairs. These agencies usually need volunteers who are equipped with skills in hospitality management and foreign relations.

For a developing country like the Philippines, policies and initiatives implemented are always evaluated for their social impact. Universities, especially public universities, always look at how internationalisation initiatives can benefit the Filipino communities at home and abroad.

One mid-level manager identified the social relevance of the marine laboratories and marine science institutes being managed by the university, which attract many foreign partner institutions. These laboratories and institutes are situated in the different parts of the country, in which foreign scientists are trained by Filipino scientists to conduct research that is beneficial to the community.

As a reaction to the country’s long history of being colonised, the Philippines’ educational institutions have found a role in shaping national identity and in preserving its traditions and cultures, its language and its identity. With internationalisation, the Filipino national identity does not have to be compromised, as some academics have feared. 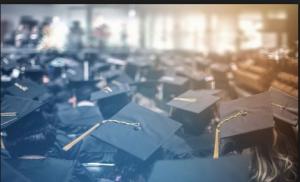 Read More
Written by Rowell D Madula,
Source link: http://www.universityworldnews.com/article.php?story=20180918133558131 | https://www.google.co.in/search?q=Internationalisation+without+loss+of+identity&rlz=1C1CHBD_enIN790IN790&source=lnms&tbm=isch&sa=X&ved=0ahUKEwiqwM_hn-DdAhUBfn0KHTN6AAcQ_AUIDigB&biw=1360&bih=657#imgrc=K_jbI93RnXKxeM:
Previous Next
Upnext in
Disclaimer UniAgents does not author any news or content in this section. We aggregate News Headlines, Summary, and Content from over 700 sources, explicitly listed in every article/page. Users can visit the sources for full articles and more local news. The sole aim is to aggregate education news from around the world so they can be categorised and the user can have a personalised experience. In some cases, the original article has news in native language but listing on UniAgents for each article is done in English. There are no copyright infringements, as we do not claim to produce any content mentioned on this page, all relevant sources are mentioned. For any clarifications, do not hesitate to contact us.