Go Back to the List April 07, 2020
More professionals enrolling at German universities

The latest survey results on studying without an Abitur, the German higher secondary education qualification, show a record number of professionals enrolling in higher education in 2018.

According to Germany’s Centre for Higher Education (CHE), 620,000 of the country’s more than 2.8 million students in 2018 did not hold an Abitur. Studying with a higher vocational qualification such as a master craftswoman or a master baker and a certain amount of professional experience instead of an Abitur was introduced nationwide in 2010, although the practice had already been established previously in some of the federal states.

“It is entirely understandable that more and more people seek to take the best from both worlds, the professional sector and academia, for their educational biographies,” says CHE Managing Director Frank Ziegele. “The fact that more and more people are entering study via a vocational route shows that it has become easier to move between the different educational sectors in Germany.”

The CHE survey also reveals considerable differences between the individual federal states, with Hamburg (5.8%), North Rhine-Westphalia (4.0%) and Hesse (3.8%) taking the lead in terms of first-year students enrolling without an Abitur. While the Saarland brought up the rear in the statistics, it had managed to more than double its share from 0.5 % to 1.1%.

Sigrun Nickel, who heads higher education research at CHE, points out that Hesse showed higher percentages of students without an Abitur at almost all its universities. “Hesse recently extended access for professionals in comparison to most other federal states,” Nickel explains. “Under certain conditions, those holding a vocational qualification can now also enter higher education without having had a number of years of professional experience.”

Students without an Abitur appear to favour Fachhochschulen or universities of applied science. In 2018, two-thirds of first-year students with only vocational qualifications opted for this type of university. The most popular subjects were law, economics and social sciences, for which 55% of the first-year students enrolled, followed by engineering (20.8%) and medicine/health sciences (12.6%). 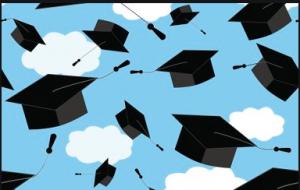 Read More
Written by Michael Gardner ,
Source link: https://www.universityworldnews.com/post.php?story=20200407110739216 | https://www.google.com/search?q=More+professionals+enrolling+at+German+universities&rlz=1C1CHBD_enIN817IN817&sxsrf=ALeKk02XibOh8vq6o-Zykg3HmXxgKX2Iaw:1587197035743&source=lnms&tbm=isch&sa=X&ved=2ahUKEwiZ1IPcwfHoAhU883MBHd5vAxEQ_AUoAnoECBQQBA&biw=1360&bih=
Previous Next
Upnext in
Disclaimer UniAgents does not author any news or content in this section. We aggregate News Headlines, Summary, and Content from over 700 sources, explicitly listed in every article/page. Users can visit the sources for full articles and more local news. The sole aim is to aggregate education news from around the world so they can be categorised and the user can have a personalised experience. In some cases, the original article has news in native language but listing on UniAgents for each article is done in English. There are no copyright infringements, as we do not claim to produce any content mentioned on this page, all relevant sources are mentioned. For any clarifications, do not hesitate to contact us.