Go Back to the List April 20, 2020
China moves to smooth relations with African students

Actions targeting Africans and African Americans, allegedly in the name of disease control, have shaken the foreign student community in Guangzhou, a southern Chinese city that is home to more than a dozen universities with diverse student bodies.

Numerous social media posts − some showing racial minorities being left homeless after sudden evictions, forced into home quarantine or barred from buying essentials from local businesses − have made the news worldwide. One student told NBS Television, a Ugandan broadcaster, that she faced “racism” including Africans being barred from equally accessing hospital care and public transport. Another student, from Botswana, told CNN that she and fellow Africans had been taken for coronavirus testing, when students from other countries had not.
African ambassadors wrote a joint letter to China’s foreign ministry voicing concerns about “stigmatisation and discrimination”, while the US Embassy in Guangzhou issued an alert advising African Americans “to avoid the Guangzhou metropolitan area until further notice”.

The Chinese government, which has used generous scholarships and other programmes to attract more than 80,000 African students to the country, acted quickly. A Chinese foreign affairs official met on 13 April with African ambassadors about the issue, and state media was quickly filled with reports on China’s fair treatment of foreigners.

Adams Bodomo, an African studies professor at the University of Vienna, told Times Higher Education the incidents could affect China-Africa relations. “In a way, Beijing, which has worked very hard to build and sustain excellent Africa-China relations for the last 15 to 20 years…is shooting itself in the foot through the actions of anti-African authorities in Guangzhou,” he said.
He warned that “permanent damage in Africa-China relations could occur if Beijing fails to stem the periodic racist and xenophobic attacks against Africans in China”. 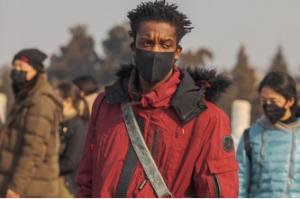 Read More
Written by Joyce Lau,
Source link: https://www.timeshighereducation.com/news/china-moves-smooth-relations-african-students
Previous Next
Upnext in
Disclaimer UniAgents does not author any news or content in this section. We aggregate News Headlines, Summary, and Content from over 700 sources, explicitly listed in every article/page. Users can visit the sources for full articles and more local news. The sole aim is to aggregate education news from around the world so they can be categorised and the user can have a personalised experience. In some cases, the original article has news in native language but listing on UniAgents for each article is done in English. There are no copyright infringements, as we do not claim to produce any content mentioned on this page, all relevant sources are mentioned. For any clarifications, do not hesitate to contact us.