Go Back to the List May 10, 2021
Should business-school hopefuls skip the GMATs?

For years, M.B.A. students and admissions experts believed that top consulting firms and investment banks wouldn’t let job applicants even interview if their score on the GMAT—the standardized test required for most graduate business and management programs—was below a certain threshold. In recent years, that may have become a myth.

As many business schools across the country began waiving test requirements last summer for the GMAT, some prospective students began wondering what skipping the test would mean for their chances at landing a job at a top firm.

“Candidates are anxious about this," said Petia Whitmore, a former dean of graduate admissions at Babson College and founder of admissions consulting firm My M.B.A. Path. Some students, she added, are concerned that getting a test waiver from a school will be counted against them in the hiring process. “Even those who got a waiver are saying: Should I take a GMAT later, so I’m not out of the MBB [McKinsey, Boston Consulting Group and Bain, the Big Three strategy consulting firms]?"

Now, firms such as Bain, Goldman Sachs and McKinsey say that’s not the case. They, too, have put less emphasis on standardized tests as part of their recruiting in recent years.

That change may not have trickled down to applicants and admissions officials. Linda Abraham, founder and president of admissions consulting firm Accepted.com, says the view still prevailed that most top-tier consulting companies and banks, which annually hire droves of top M.B.A. students, used as screening tools the GMAT (Graduate Management Admission Test) or the GRE (Graduate Record Examinations, a general graduate school admissions test). “I certainly thought it was true," Ms. Abraham says, “but I assumed it was changing because the schools weren’t going to have it and improve on diversity, equity and inclusion."

Some top M.B.A. programs, including the University of Virginia’s Darden School of Business and the Massachusetts Institute of Technology’s Sloan School of Management, temporarily changed their testing policies last year, allowing test waivers, though it’s unclear which, if any, of these changes will become permanent. The pandemic was making testing difficult, and for many people, last spring’s racial protests underlined the need to recruit students from a wider range of racial and socioeconomic backgrounds. M.B.A. admissions-training courses, used to coach students on how to get into the most selective programs, can cost thousands of dollars.

“I don’t mind one bit campuses waiving the GMAT requirement," said Keith Bevans, a partner who leads recruiting for Bain. “Business schools are admitting a much broader range of talent, and I expect to find strong candidates this fall in places I wouldn’t normally see them."

Bain has steadily de-emphasized the importance of an applicant’s GMAT score in its hiring over the past couple of years, and there’s no threshold for who gets an interview or job offer, Mr. Bevans said. 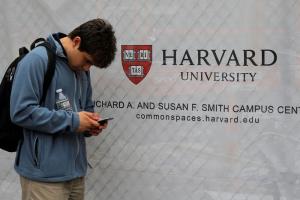 Read More
Written by PATRICK THOMAS, The Wall Street Journal,
Source link: https://www.livemint.com/education/news/should-business-school-hopefuls-skip-the-gmats-11620663179690.html
Previous Next
Upnext in
Disclaimer UniAgents does not author any news or content in this section. We aggregate News Headlines, Summary, and Content from over 700 sources, explicitly listed in every article/page. Users can visit the sources for full articles and more local news. The sole aim is to aggregate education news from around the world so they can be categorised and the user can have a personalised experience. In some cases, the original article has news in native language but listing on UniAgents for each article is done in English. There are no copyright infringements, as we do not claim to produce any content mentioned on this page, all relevant sources are mentioned. For any clarifications, do not hesitate to contact us.