Malta has a great shot at attracting top University campuses, a recent study commissioned by Education Malta has found.

This can be done by tweaking policies in order to make Malta a more attractive country to higher education providers.

Researcher Vangelis Tsiligiris found that Malta ranked very favourably on a number of education indices such as student mobility; unique education programmes as well international research. It also found Malta’s widespread use of English, good quality of human income and high quality IT services made it a good contender to attract foreign universities.

There are a few challenges ahead for Malta, however. To become a stronger international education hub it must overcome the problems of its small size, its remote location and the high density of education providers.

The report suggests that the government should focus on attracting high-value
universities which can offer post-graduate programmes, such as Masters and PHDs in sectors which are relevant to the Maltese economy. These can also be tied with degree programmes which have business and work experience.

UK universities could be among the universities interested in opening foreign campuses following Brexit. Their presence could also attract top academic talent and would strengthen the competitiveness of Malta’s education, particularly third-level education. The report suggests that by such presence Malta has a chance at becoming a stronger international education hub.

“It combines data which is publicly available with data from interviews of many stakeholders,” Dr Tsiligiris said.

The research was commissioned on behalf of the government agency Education Malta. Over five months, Dr Tsiligiris reviewed documents available in a desk study and interviewed the key stakeholders including the Education Minister, Chairman of Secondary Education and the Central Bank of Malta CEO, as well as Also interviewed were members of the Board of Education. The Ministry of Education and Employment, the British Council Malta, Malta Enterprise as well as the London School of Commerce also contributed to the report.

Sam Farrugia is a journalism student at the University of Malta and part of the British Council's Capturing Valletta student journalists project. 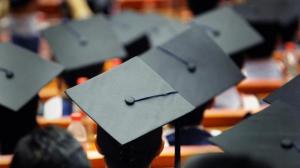 Read More
Written by Sam Farrugia,
Source link: https://www.timesofmalta.com/articles/view/20180901/local/malta-well-placed-to-attract-foreign-universities-study-indicates.688043 | https://www.timesofmalta.com/articles/view/20180901/local/malta-well-placed-to-attract-foreign-universities-study-indicates.688043
Previous Next
Upnext in
Disclaimer UniAgents does not author any news or content in this section. We aggregate News Headlines, Summary, and Content from over 700 sources, explicitly listed in every article/page. Users can visit the sources for full articles and more local news. The sole aim is to aggregate education news from around the world so they can be categorised and the user can have a personalised experience. In some cases, the original article has news in native language but listing on UniAgents for each article is done in English. There are no copyright infringements, as we do not claim to produce any content mentioned on this page, all relevant sources are mentioned. For any clarifications, do not hesitate to contact us.