Go Back to the List November 02, 2018
At least three UK universities on â€˜verge of bankruptcyâ€™

Three English universities are on the verge of bankruptcy, research has found. Other educational institutions are also struggling, surviving only by resorting to short-term loans, it has been claimed, writes David Harding for Yahoo! News.

The three worst affected universities are facing financial disaster because of increased competition for students, falling numbers of 18-year-olds applying to go to university, and a drop in international student numbers because of tougher immigration controls. One institution is already thought to be in insolvency talks.

“A university going bust is more likely than at any other point in the last generation,” Nick Hillman, director of the Higher Education Policy Institute think-tank, said. “What is of concern is those universities that are resorting to taking bridging loans to tide them over until their student fees come in. They are borrowing just to survive.” Funding changes have deeply affected educational institutions. The trebling of tuition fees and the removal of a cap on the number of students have led to increased competitions for a smaller number of students.
Full report on the Yahoo! site 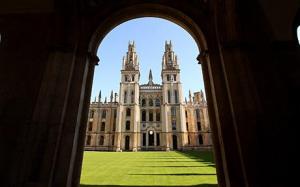 Read More
Written by Yahoo! News,
Source link: http://www.universityworldnews.com/article.php?story=20181103082421669
Previous Next
Upnext in
Disclaimer UniAgents does not author any news or content in this section. We aggregate News Headlines, Summary, and Content from over 700 sources, explicitly listed in every article/page. Users can visit the sources for full articles and more local news. The sole aim is to aggregate education news from around the world so they can be categorised and the user can have a personalised experience. In some cases, the original article has news in native language but listing on UniAgents for each article is done in English. There are no copyright infringements, as we do not claim to produce any content mentioned on this page, all relevant sources are mentioned. For any clarifications, do not hesitate to contact us.