Go Back to the List May 01, 2019
Universities told to be more flexible about pupils "A-level results"

Lower entry grades and looking at results in context may improve access, says regulator
England’s higher education regulator has called on universities to look beyond exam results when admitting students and radically “rethink how they are judging merit”, as part of a push to increase their intake from disadvantaged backgrounds.The Office for Students is to tell universities they should take “much stronger account of the context in which exam results are achieved”, suggesting that universities demanding high A-level tariffs need to be more flexible and even lower entry grades across the board if they want to widen participation and improve access.
“Fair access is often caricatured as a zero-sum game: poorer kids denying places to richer kids with better A-levels. But to see it in those terms is to miss the point,” said Sir Michael Barber, the OfS’s chair.
“We are wasting talent, denying opportunity and hurting our economy by not making the most of our greatest asset: our people. “A young person from a council estate who gets decent A-levels has often had to work a lot harder than the young person from a better-off neighbourhood who gets a few grades more. That’s why it is right that contextual admissions are now an increasing part of the picture.”
So-called “contextual admissions” – varying entry requirements based on social and economic circumstances – remain controversial among politicians and middle-class parents, with some elite universities insisting on strings of As and A*s for entry. The education secretary, Damian Hinds, supported contextual admissions. “We know that contextual offers can play an important part in levelling the playing field so those from disadvantaged backgrounds can flourish in higher education.
“I want institutions to consider a broad range of information in their offers, including the context in which a student’s results were achieved.
“I recently announced a review of how current admissions practices can be improved, and I want to see universities progress in their efforts to improve access and successful participation for underrepresented groups.” But the OfS paper, published on Wednesday, argues that contextual admissions do not go far enough. It suggests instead that lowering A-level entry requirements can broaden the pool of applicants to selective courses while not affecting academic standards.
It cites an “extended medical programme” at King’s College London, which offers students greater support and spreads the first year of a medical degree over two years. “A review of the programme concluded that, with additional support, students admitted with A-level grades of CCC could thrive on medical degrees,” the OfS said.

To target disadvantaged students, the OfS said it will look at ways for universities to consider individualised data, such as free school meals eligibility, in admissions, rather than using postcode measures of education and income as they do now. Stephen Gorard, a professor of education and public policy at Durham University, said the OfS’s policies were “well meaning” but urged the regulator and the government to drop the use of area-based measures of access.

Instead, Gorard would allow universities to use England’s national pupil database in the admissions process, to make contextual offers more accurate. But Gorard also cautioned that the point of entry to higher education was too late to compensate for the stratification that already occurred in schools, which would continue as long as elite universities in England insisted on high A-level grades. Universities should give offers after results day, says study
Gordon Marsden, the shadow minister for higher education, said the government had failed to repair the university admissions system, allowing social mobility to stagnate.“The lack of consistency and information about contextualised admissions limits the opportunities available to students from underrepresented backgrounds,” Marsden said.
Labour and the University and College Union both support looking at post-qualification admissions, meaning that school leavers would know their exam results before applying rather than using predicted grades, as now. 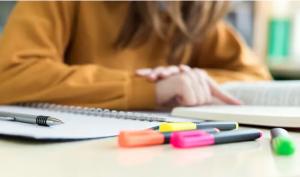 Read More
Written by The Guardian,
Source link: https://www.theguardian.com/education/2019/may/01/universities-told-to-be-more-flexible-about-pupils-a-level-results
Previous Next
Upnext in
Disclaimer UniAgents does not author any news or content in this section. We aggregate News Headlines, Summary, and Content from over 700 sources, explicitly listed in every article/page. Users can visit the sources for full articles and more local news. The sole aim is to aggregate education news from around the world so they can be categorised and the user can have a personalised experience. In some cases, the original article has news in native language but listing on UniAgents for each article is done in English. There are no copyright infringements, as we do not claim to produce any content mentioned on this page, all relevant sources are mentioned. For any clarifications, do not hesitate to contact us.