Go Back to the List September 12, 2019
'Time will tell': global international education on UK PSW

Has this week been a defining moment for the UK? Plans announced to reintroduce post-study work rights bring the country in line with global standards, but many stakeholders elsewhere, while welcoming the news, are taking a wait-and-see approach before declaring it will have a game-changing impact.

On 10 September, the UK government unveiled plans to reimplement two-year work rights for some graduates from the 2020/21 academic year, reversing a 2012 decision to remove the provision.

Commentators are agreed that it is a very positive step, but that access to the jobs market and wider political context around immigrants and immigration is also to be considered in terms of long-term impact.

In New Zealand, international director of the University of Auckland, Brett Berquist, congratulated the UK international education sector on the success of their sustained advocacy.

“This is of value to the international education industry as a whole – today’s student is increasingly motivated by employability outcomes, whether in their home country or country of overseas study,” Berquist told The PIE.

“The UK’s realignment with the industry standard in this space will help the global market overall and empower students to choose the best destination for their goals.”

Many said reintroducing PSW would have the most impact on South Asian students, particularly those from India.

Association of Australian Education Representatives in India president, Ravi Singh, said Indian students had a long history of education in the UK and changing the rules would help that relationship continue.

“The UK has been a favoured destination of Indians, and some of the leading universities from the UK have been alma mater of leading Indian political leaders – including Gandhi and Nehru,” he said.

“However, Indians are interested in working for a few years in an overseas destination post the completion of the studies before returning to India. This helps in gaining work experience and also to repay the education loan that has been taken.”

When the UK initially removed PSW, other destinations including Australia and Canada introduced graduate work opportunities, leading to Indian students shifting away from the former to the latter. Singh said interest should start to build again.

While many were supportive of the UK government’s decision, some were cautious over the possible long-term impacts on student recruitment in other destinations, such as Canada.

“It was more about stability and a government that seems to be more friendly to newcomers. The PSW visa in the UK is a great development, but I think it won’t be until and after some of the Brexit factors are sorted that the UK will really be able to bounce back.”

“Less so for everyone else. Those of us who have been benefitting from a decade of unenforced UK policy errors will have to up our game,” he added.

“That said, it will be an interesting test of the UK’s enduring brand,” he added. The country has been casually setting its soft power alight since 2016: visas are all well and good, but do students actually want to live in perpetual Brexitland?”

Languages Canada’s executive director Gonzalo Peralta added that the new regulations will have an impact on global recruitment patterns, especially those concerning the ELT sector.

“I am certain that it will have an effect on recruitment for Canada.  Any country that has a progressive work policy for international students will attract more students.  The UK is also a big destination – their capacity to absorb larger numbers will impact Canada,” he said.

“This will help attract longer-term language students… at a time when global growth in ELT has plateaued and is beginning to shrink, the only growth possible for countries is through grabbing a bigger market share. ”

But unlike in 2012, other countries have not removed their work rights, and some stakeholders said this meant it was unclear if there would be the same shift between destinations.

The key question here is the extent to which certain student source countries will now be more motivated to study in the UK instead of Australia,” said Phil Honeywood, chief executive of the International Education Association of Australia.

“Time will tell, but it’s good for UK universities to be making some headway with their government’s recognition of the importance to a country like the UK of a vibrant international education sector.”

The policy change may not be enough, according to international education researcher and Deakin University associate professor Ly Tran, who said the UK needed to provide cross-sector support for any work rights changes.

According to research she is currently finalising on the attractiveness of PSW in Australia, two-thirds of students said being allowed to work after graduation was important or very important.

However, Tran’s research also found barely half of international graduates found full-time employment, and even fewer within their field of study.

“In Australia, we have achieved some of the intended objectives… however, the policy is less effective in terms of international graduate employment outcomes,” Tran said.

“The system is not ready enough to cater for a significant and growing number of international graduates who stay on in the host country.”

Full details of the UK’s upcoming PSWR will be “revealed in due course”, a Home Office spokesperson told The PIE. 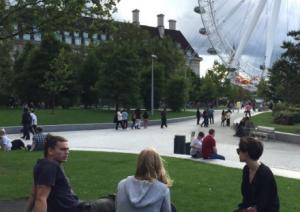 Read More
Written by Pie news,
Source link: https://thepienews.com/news/global-reaction-piece/
Previous Next
Upnext in
Disclaimer UniAgents does not author any news or content in this section. We aggregate News Headlines, Summary, and Content from over 700 sources, explicitly listed in every article/page. Users can visit the sources for full articles and more local news. The sole aim is to aggregate education news from around the world so they can be categorised and the user can have a personalised experience. In some cases, the original article has news in native language but listing on UniAgents for each article is done in English. There are no copyright infringements, as we do not claim to produce any content mentioned on this page, all relevant sources are mentioned. For any clarifications, do not hesitate to contact us.