Go Back to the List May 12, 2021
International students in hospitality and tourism can soon work more than 40 hours. But advocates say more support is needed

The federal government has announced changes in the budget that will help international students working in the tourism and hospitality industry get back on their feet after a year impacted by the COVID-19 pandemic.

While continued international border closure until 2022 may mean students cannot come or return to Australia to study, the government is allowing those who are already here to work more hours.

The previous fortnightly limit of 40 hours of work for international student visa holders with jobs in hospitality and tourism is going to be scrapped temporarily.

Prime Minister Scott Morrison said at a press conference on Wednesday the move would be important for the "large numbers" of international students that remained in the country.

"The number is far greater than I think people appreciate that actually remained the country," he said.

But not everybody is happy with the announcement.

Council of International Students Australia national president Belle Lim said for some international students working in these industries the announcement was positive, but for others who are vulnerable it was "too little too late".

"There's no mention [in the budget] about how international students contribute to the workforce here in Australia, and all the things that we've been through last year without any support."

She said the government should acknowledge the contribution international students make to the country in many different ways.

"There are a few well-researched reports coming out and Australia is at the bottom of the list for prospective students, they are going to UK and Canada, even the US," she said.

The government needs to emphasise more around the role of universities and training the next generation of workforce leaders in the region, she said.

International Myanmar student Shin Mon, who works in a cafe while studying, welcomed the change.

However, Ms Mon said she would have liked the government to provide support to international students like her who are dealing with political crises back home.

Her family in Myanmar are unable to send money to help support her during times of financial hardship due to the military coup in the country.

"They are also living in risk and we don't even know when they might be at risk of being arrested. So we don't want them to support us anymore, but still, we need [help] to pay our tuition fees."

Last week, the government announced the more than 3,300 Myanmar citizens in Australia were being offered safe haven, with the their visas being extended until it's safe for them to return home. 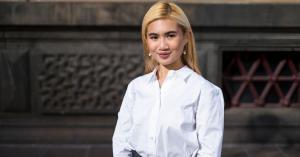 Read More
Written by Zena Chamas,
Source link: https://www.abc.net.au/news/2021-05-12/international-students-in-hospitality-and-tourism-budget-2021-/100131984
Previous Next
Upnext in
Disclaimer UniAgents does not author any news or content in this section. We aggregate News Headlines, Summary, and Content from over 700 sources, explicitly listed in every article/page. Users can visit the sources for full articles and more local news. The sole aim is to aggregate education news from around the world so they can be categorised and the user can have a personalised experience. In some cases, the original article has news in native language but listing on UniAgents for each article is done in English. There are no copyright infringements, as we do not claim to produce any content mentioned on this page, all relevant sources are mentioned. For any clarifications, do not hesitate to contact us.