Go Back to the List October 12, 2019
New joint university aims to boost economies in Africa

Tunisia is partnering with France to open a new university based in the North African country offering to teach business skills and provide degrees that will help build sustainably growing economies in Africa.

The Franco-Tunisian University for Africa and the Mediterranean (UFTAM – Université Franco-Tunisienne pour l’Afrique et la Méditerranée) is the first structural academic collaboration between France and Tunisia. It was launched in the Tunisian capital Tunis on 4 October at its temporary home within the successful but largely Anglophone Tunis Business School, sited in an industrial suburb of the city.

Officials from the French and Tunisian governments would not respond to University World News questions about a potential permanent home and long-term financing plans, but in terms of African students they said they aimed to recruit 75% of students from Sub-Saharan Africa, and 25% from Tunisia, combined with an as-yet unspecified number of Francophone students from Europe and the rest of North Africa.

The idea of creating UFTAM was seeded during French President Emmanuel Macron’s state visit to Tunisia in January 2018, where he met with the recently deceased former Tunisian president Beji Caid Essebsi.

In her inaugural speech, French Minister for Higher Education, Research and Innovation Frédérique Vidal said UFTAM was “experimental” and would bring an “innovation in pedagogy”. She said the concept of UFTAM is to create an academic hub that attracts not only students from Sub-Saharan Africa and Tunisia but also attracts European students to study in Tunis.

According to Tunisian Minister for Higher Education and Scientific Research Slim Khalbous, UFTAM’s degrees “will be the first French degrees to be awarded in Tunisia, not just a degree that is recognised in France”. He told University World News that “France is Tunisia’s first partner in the field of science, research and academic exchanges”.

Both ministers were evasive on the question of funding, but according to an aide working with Vidal, France has committed €1 million (US$1.1 million) to the project via French aid agency Agence Française de Développement (AFD), and has engaged support from the academic institutions involved. Vidal said although the university is also expected to be financed by student fees, there would be opportunities for scholarships, but she did not reveal how these would be funded.

Khalbous said the two governments were in the process of creating a business model to plan for the next few years. He said they had commissioned a feasibility study from the AFD examining how to make the new university economically sustainable.

Gilles Pécout, rector of the Academie of Paris, France, who was charged by Macron with initiating the project from the French side, said: “Right now the pre-configuration [of UFTAM] is almost complete. We have set in place the structure and the projects … We are starting with a small number of students, but even so this is extremely important, with personal tutoring and innovative training.”

He said innovative pedagogy included a multi-disciplinary approach and would also involve online teaching, which he believed delivered important good practice examples for the Mediterranean and Africa.

In its first pilot year, UFTAM is offering two masters level courses, including “Expertise in Economic, Political and Project Development” led by Mohamed Ali Marouani, currently on leave from the University of Paris 1 Panthéon-Sorbonne. Marouani told University World News the masters course at UFTAM “is the same as the masters in the Sorbonne”.

Alongside this will be a specialist masters in the business of water. Pécout said: “There are three aspects to the programme: scientific research, an economic and social aspect, and professionalisation. Water is a huge strategic problem for both African and Mediterranean countries.”

Pécout told University World News that an innovative policy at UFTAM was offering “continuing education” courses that would help graduates become more employable. He said the university would seek to develop soft skills including “adaptability for young graduates and researchers working in the economic sector”. He added that continuing education was important for both public sector administration and the private sector in Africa and the Mediterranean region.

One of the partners in the project is the International Organisation of the Francophonie (active in French speaking countries such as Tunisia, where French is widely used alongside Arabic). Khalbous described the Francophonie as “a source of wealth for Tunisia”, and said UFTAM would help make the Francophonie group of countries more diverse, promoting skills linked to professional training which “respects the culture” of Francophone countries in Africa and the Mediterranean.

UFTAM is accepting applications until 15 October for courses commencing on 1 November this year and next year will see undergraduate courses offered. A third phase, whose launch date has yet to be announced, is to develop research and a process of learning through research.

Samira Karrach, the executive director of UFTAM, said that the first year’s intake included 12 students per course, 25% of whom were drawn from Tunisia and the rest primarily from Sub-Saharan Africa and other Maghreb countries, including Algeria.

Karrach said Tunisia attracts students from diverse Sub-Saharan states because Tunisian universities are regarded in Africa as providing high quality education. Students coming to UFTAM can benefit from innovative education, and “gain a degree that is authorised by the partner universities from both France and Tunisia that is recognised worldwide”, she said.

“I truly do believe that UFTAM has the potential strength to create a real impact in Tunisia and in Africa. Economic development starts with training.”

She said UFTAM’s development was linked to relationships between the Tunisian and French governments with civil society groups, NGOs and major companies operating throughout Tunisia and across Africa. She said high quality training that meets the needs of organisations and business could help to stop the brain drain that has harmed Tunisia and other African countries in recent years.

UFTAM will help business, Karrach said: “We have begun discussions with actors from the financial world, notably the banking sector, the actors in big companies in sectors such as mass distribution etc. Partnerships include promoting continuing education and research … There is a real need for training in a variety of subjects: soft skills, entrepreneurial creativity, and design thinking.”

Aziz Mebarek, founding partner of AfricInvest, an investment agency that has also sourced investment for other universities in Africa, told University World News there are “tremendous” opportunities in Tunisia for graduates with “the right skills required by business”. He said recruiting good quality candidates was not just good for universities, but for national economic development.

“Every year we [AfricInvest] interact with blue chip companies like Samsung, Orange and Hewlett Packard. It is very attractive for companies to set up in a country where they have access to the skilled human resources that they need.” 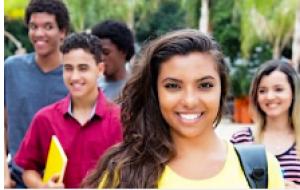 Read More
Written by Elizia Volkmann ,
Source link: https://www.universityworldnews.com/post.php?story=20191009124915927
Previous Next
Upnext in
Disclaimer UniAgents does not author any news or content in this section. We aggregate News Headlines, Summary, and Content from over 700 sources, explicitly listed in every article/page. Users can visit the sources for full articles and more local news. The sole aim is to aggregate education news from around the world so they can be categorised and the user can have a personalised experience. In some cases, the original article has news in native language but listing on UniAgents for each article is done in English. There are no copyright infringements, as we do not claim to produce any content mentioned on this page, all relevant sources are mentioned. For any clarifications, do not hesitate to contact us.