At the United Nations General Assembly (UNGA) in New York, USA, in September, Education International (EI) ensured that quality education and teachers’ voices were part of the conversation among the world leaders present.

This year, education was high on the global agenda, with several high-level events and the launch of new initiatives. Under the broader umbrella of ensuring quality education for all, as promised through Sustainable Development Goal (SDG) 4, the focus was on education for girls, refugees, and migrants, and also on education financing.

Girls’ education was the focus of a high-level event convened by the leaders of Canada, France, and the United Kingdom (UK). Its aim was to drive progress towards all girls receiving 12 years of quality education. Canadian Prime Minister Justin Trudeau had made girls’ education a priority of the Canadian G7 presidency. And the French President, Emmanuel Macron, promised to follow suit as France takes over the G7 presidency. In addition, UK Prime Minister Theresa May announced new investments in girls’ education as well as education data. Together with the governments of Kenya, Niger, and Jordan, and a number of partner organisations, the three leaders issued a Call to Action to dismantle barriers to girls’ education.

At a high-level event on Action for Refugee Education, EI President Susan Hopgood highlighted the need for urgent progress in the education of migrants and refugees. Highlighting the role of teachers in this area, she called for support for educators so that they can “sustain this commitment and energy over time”. Hopgood invited member states and other stakeholders to work with education unions to find solutions and ensure that all learners have qualified, trained, motivated, and supported teachers. A Charter of Action for refugee education was signed by around 30 organisations.

Education financing was also on the agenda and the planned International Financing Facility for Education (IFFEd) was presented at a high-level event. The proposal is still being finalised, but this loan-based model of education financing received support from several countries, including Bangladesh, Canada, Denmark, Malawi, the Netherlands, Norway, Pakistan, the United Arab Emirates, and the UK. At the same time, many cautioned against some of the risks associated with the IFFEd, such as debt distress, and fragmentation of international education financing. A representative of one of the multilateral development banks said they could invest in public-private partnerships, student loan schemes, and private education providers, confirming EI’s fears that the IFFEd would undermine public education systems.

According to Susan Hopgood, who summarised her impressions on the UNGA, “the world is far from being on track to reach the Sustainable Development Goals by 2030 and the UN General Assembly is an arena where governments can reaffirm their commitments. It was great to see education at the centre of the conversation; now it is time for the words to turn into action.” 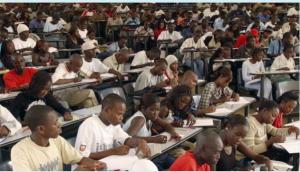 Read More
Written by Education International ,
Source link: https://www.ei-ie.org/en/detail/16019/global-support-for-education-access-and-quality-at-unga
Previous Next
Upnext in
Disclaimer UniAgents does not author any news or content in this section. We aggregate News Headlines, Summary, and Content from over 700 sources, explicitly listed in every article/page. Users can visit the sources for full articles and more local news. The sole aim is to aggregate education news from around the world so they can be categorised and the user can have a personalised experience. In some cases, the original article has news in native language but listing on UniAgents for each article is done in English. There are no copyright infringements, as we do not claim to produce any content mentioned on this page, all relevant sources are mentioned. For any clarifications, do not hesitate to contact us.