Go Back to the List September 11, 2019
UK universities welcome U-turn on student visas

The UK government’s announcement of its plans to offer extended post-study work visas for international graduates of UK universities has received an unusual response –unalloyed praise from the higher education sector.

The decision reverses one of the most contentious policies from Theresa May’s time in charge of immigration policy, which shrank the time available for overseas students to stay and work after graduating from two years to as little as four months in most cases.

For vice-chancellors gathering for the Universities UK annual conference in Birmingham this week, the reversal was greeted as a victory after seven years of lobbying for a more relaxed stance, allowing Britain to compete more effectively against the likes of Canada in attracting students.“A piece of good news for a change!” tweeted Shearer West, the vice-chancellor of the University of Nottingham, echoing the thoughts of her peers across the country.

Interest groups, including the CBI and the Campaign for Science and Engineering (Case), were also quick to applaud the announcement.

“This is terrific news,” said Sarah Main, Case’s executive director. “Having had a meagre offer for the last seven years, the UK has just returned to an internationally competitive offer for undergraduate and postgraduate students. Some of the UK’s biggest companies talk of the ‘war for talent’ in areas such as AI. The UK has just raised its game.”Last year, about 180,000 international students graduated from British universities with about 6,000 moving on to skilled work visas.

Paul Blomfield, the Labour MP who co-chairs the all-party parliamentary group for international students, also said he was delighted by the change, for which his group has repeatedly called since 2012.

“The next step would be to remove barriers in visa application processes and in particular to review the credibility interviews which allow Home Office staff to block applications on the basis of questions which no UK student could be expected to answer,” said Blomfield.

But Blomfield, Main and others called for more detail about how the new regime would operate. Rather than allowing graduates to stay as of right, as Canada does, the new “immigration route” would require graduates to apply again for the extra two years. If they did find permanent work in that time they would need to apply for a further visa to stay.

The announcement was reported widely in India, where there has been a steep fall in the number of international students coming to the UK since the two-year post-study allowance was ended.

In 2010-11, when May described the two-year period as “too generous”, there were more than 50,000 Indian international students in he UK. But applications slumped after the new rule and other changes were brought in. Last year, there were just 22,000 students from India after strenuous efforts by the UK government and universities to increase recruitment.

Sir Dominic Asquith, the British high commissioner to India, said: “This exciting announcement will help ensure that the UK remains one of the best destinations for students across the world.”

The government said it planned to introduce the change next year for graduates holding tier 4 general student visas, giving universities time to crank up their marketing campaigns.But current students say that it is unfair that they should have to miss out. Matt Mottaghian, an international student completing a masters degree at the University of Lancaster, said he had to go to great lengths to apply for an entrepreneurship visa in order to stay in the UK.

“Offering this only to students from next year makes current students in the country feel even more abandoned,” Mottaghian said. “I truly believe that fairness tells us that such law should apply to all current students too, which will then make them a huge success for the British economy.”

YouGov released a snap poll of 2,000 British adults that showed support for the change. Forty-six per cent said they were in favour of the extension to two years while 26% were opposed, and 28% said they did not know. Support was strongest among Labour and Lib Dem voters, while Conservative supporters were split, with 37% for and 35% against. 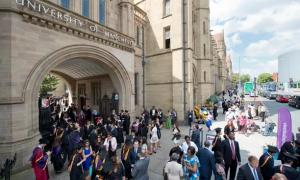 Read More
Written by Richard Adams Education editor,
Source link: https://www.theguardian.com/education/2019/sep/11/uk-universities-welcome-u-turn-on-student-visas
Previous Next
Upnext in
Disclaimer UniAgents does not author any news or content in this section. We aggregate News Headlines, Summary, and Content from over 700 sources, explicitly listed in every article/page. Users can visit the sources for full articles and more local news. The sole aim is to aggregate education news from around the world so they can be categorised and the user can have a personalised experience. In some cases, the original article has news in native language but listing on UniAgents for each article is done in English. There are no copyright infringements, as we do not claim to produce any content mentioned on this page, all relevant sources are mentioned. For any clarifications, do not hesitate to contact us.