Higher education institutions in Zimbabwe have set themselves a target of June this year to put in place over 10 policies that are considered critical in paving the way for the full-scale internationalisation of the country’s higher education.

Meeting the June deadline appears a tall order for the institutions of higher learning, many of which are choking from several years of poor funding and are operating in a turbulent economic environment marked by hyperinflation and an unstable currency.

Dr Evelyn Garwe, deputy CEO of the Zimbabwe Council for Higher Education (ZIMCHE), the regulator of higher education, said the targets were achievable because the process of internationalisation of higher education had already started.

She said the only problem could be achieving the “minimum body of knowledge and skills” requirements, in terms of which ZIMCHE is reviewing the curriculum of all programmes in universities in line with new Education 5.0 model and the national vision.

“It is hoped that the minimum bodies of knowledge and skills will be implemented in August. It is the basis of all other policies and frameworks,” she said.

According to Garwe, universities are at different levels of internationalisation, with student mobility and partnerships in place in some institutions, but it was with regard to student exchange programmes that most fell behind.

The sector is also nowhere near achieving the Southern African Development Community (SADC) Protocol on Education and Training’s goal for universities to increase international students from other SADC countries to 5% of total enrolments.

“We have many students who go to other countries but very few that come to Zimbabwe. We need to be fully developed in this area,” she said.

Dr Thomas Bhebhe, a spokesman for university registrars, said while local universities have been pursuing internationalisation as separate entities, the new thrust is to work together and complement each other.

While African universities view internationalisation as inevitable and an opportunity to generate new revenue, as a tool for decolonisation of higher education, a chance for curriculum redesign and ‘indigenisation’ and for stronger collaborative relationships, some educationists are wary of the process.

“There is a need for internationalisation to be implemented in a strategic manner, one which takes into account not only issues of globalisation but also decolonisation, de-imperialisation and deracialisation,” they argued. 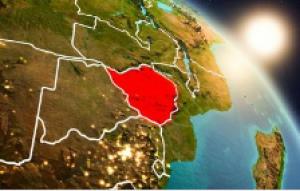 Read More
Written by Tonderayi Mukeredzi,
Source link: https://www.universityworldnews.com/post.php?story=20200204080154649 | https://www.universityworldnews.com/post.php?story=20200204080154649
Previous Next
Upnext in
Disclaimer UniAgents does not author any news or content in this section. We aggregate News Headlines, Summary, and Content from over 700 sources, explicitly listed in every article/page. Users can visit the sources for full articles and more local news. The sole aim is to aggregate education news from around the world so they can be categorised and the user can have a personalised experience. In some cases, the original article has news in native language but listing on UniAgents for each article is done in English. There are no copyright infringements, as we do not claim to produce any content mentioned on this page, all relevant sources are mentioned. For any clarifications, do not hesitate to contact us.