Go Back to the List May 01, 2019
3 More Universities Close Confucius Institutes 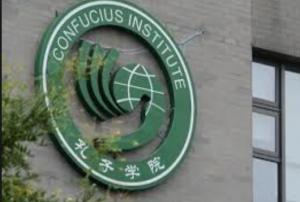 Read More
Written by Elizabeth Redden,
Source link: https://www.insidehighered.com/quicktakes/2019/05/01/3-more-universities-close-confucius-institutes | https://www.google.com/search?q=3+More+Universities+Close+Confucius+Institutes&rlz=1C1CHBD_enIN817IN817&source=lnms&tbm=isch&sa=X&ved=0ahUKEwjPvM2R8IbiAhUFSo8KHfNRChQQ_AUIECgD&biw=1360&bih=657#imgrc=oU8C2rG62hXJOM:
Previous Next
Upnext in
Disclaimer UniAgents does not author any news or content in this section. We aggregate News Headlines, Summary, and Content from over 700 sources, explicitly listed in every article/page. Users can visit the sources for full articles and more local news. The sole aim is to aggregate education news from around the world so they can be categorised and the user can have a personalised experience. In some cases, the original article has news in native language but listing on UniAgents for each article is done in English. There are no copyright infringements, as we do not claim to produce any content mentioned on this page, all relevant sources are mentioned. For any clarifications, do not hesitate to contact us.