Go Back to the List October 07, 2018
Can Silk Road HE partnerships fill 'vacuum' left by the US?

Major changes in the global order will have implications for higher education partnerships in Europe and China, with China’s massive New Silk Road initiative playing a role that could even see China emerging as a global higher education leader, according to international academic experts meeting in Oxford last week.

Though the global picture is still evolving, China’s leadership and financing of its New Silk Road or One Belt One Road (OBOR) project is already changing economic and trade relations in Asia and Africa, and could also alter the dynamics of global collaboration and competition in higher education, the 1 October seminar organised by the Netherlands’ Utrecht University Centre for Global Challenges, heard.

OBOR links China to Europe in the North – the Belt – and the Maritime Silk Road between Asia and East Africa in the South through major infrastructure, trade, energy and communications projects. But projecting China’s ‘soft power’ through higher education and people-to-people exchanges is also a key component.

Gerard Postiglione, honorary professor at the University of Hong Kong, told University World News that the United States’ withdrawal from multilateral agreements, including trade pacts in Asia, has produced a vacuum at a time when China has become more outward looking with its New Silk Road project. “The question is, can China take advantage of that vacuum left by the US,” he said.

The so-called “’post-American’ world has, and will have, increasingly strong implications for Europe’s relationship in higher education with China”, Postiglione told the seminar, adding that “the gradual stepping back of the United States from the world has shifted the structure of opportunities”.

The New Silk Road initiative launched in 2013 is seen as having “game-changing” potential, with China’s financial backing ranging from US$150 billion to US$1 trillion. With 65 countries currently involved, “the scale of the New Silk Road project will be transformative,” said Simon Marginson, professor of higher education at the University of Oxford and director of the Centre for Global Higher Education at UCL Institute of Education in the United Kingdom.

Others noted that it has given China the confidence and a structure to reach out to regions of the world previously not within its sphere of influence, such as on the African continent.

The worry for China, according to Postiglione and others, is that the ongoing US-China trade war, which is also targeting Chinese technology expansion by limiting research collaboration by US universities in sensitive areas, could slow down scholarly exchanges and collaboration between the two countries.

This in turn could affect China’s science and technology ambitions as it strives to transform from a manufacturing-led to a high-tech innovation-led economy. “If relations between the US and China deteriorate, this could slow down, but certainly not stop, China’s science programmes,” Postiglione told University World News. “China will try to adapt and find ways to strengthen university partnerships elsewhere.“

The shift may already be evident. Currently, “China’s policies are ignoring the US as a partner”, according to John Aubrey Douglass, senior research fellow at the Center for Studies in Higher Education at the University of California, Berkeley in the United States. China’s policies are to try to “develop relationships outside the normal US world”, rather than strengthen the relationship with the US, he said.

More concretely, “a hostile policy towards China students and scholars in the US by the Trump administration will help the European Union and relations with China in terms of higher education”, Postiglione noted.

Europe cannot ignore the rise of China, which now has the second-largest research and development budget in the world after the US and the second-largest pool of researchers in the world after the EU, and it recently bypassed the US in the number of articles in the sciences, Marijk van der Wende, professor of law, economics and governance at Utrecht University, noted, referring to OECD figures.

Most of the rise in China’s share of research publications over the past decade has been at the expense of the US, while the European publication record has been stable, she said.

“It is time to see China not as a follower but a global leader in higher education,” Van der Wende argued.

However, the EU sees it as a potential competitor.

The European Commission is “keeping a very close eye on China”, particularly in the area of innovation, Van der Wende said. The EU “realises it [the EU] has a performance lead, but that is decreasing very rapidly because China has improved seven times faster than the EU” in such performance indicators.

So from a country that has been collaborating with and probably had an aid relationship, China may be moving towards becoming competition, Van der Wende acknowledged.

How this will play out in terms of future collaboration between Europe and China is still unclear. But Van der Wende noted the “hundreds of dialogues and workshops every year” between European and Chinese institutions and companies and an “ever deeper and broader relationship in many areas”.

Postiglione and others noted China still has quality problems with its higher education sector that could hinder such a leadership role in higher education. Many of the countries that could replace the US in terms of high-end science and research collaboration are outside the OBOR structure – and include Australia, Canada, Japan, South Korea and Singapore.

Zhuolin Feng, associate professor at the Center for World-Class Universities, Shanghai Jiao Tong University, China, said that although Chinese universities had risen up international rankings there was still a long way to go in boosting quality in its higher education.

Sino-foreign partnerships in higher education, including a number of branch campuses, have been important for improving this quality, according to Jie Gao a researcher at the Danish School of Education, Aarhus University, Denmark. Nonetheless, these partnerships have also undergone a change. “China is moving from a passive receiver of higher education to a strategic regulator to bring in foreign resources for their domestic universities, to raise the quality,” Gao told the seminar.

Despite China’s progress, it will be hard to dislodge the existing leaders, internationally and regionally in higher education collaboration.

The New Silk Road’s “largest impact is on academic mobility, particularly student mobility”, according to Douglass, as China begins to attract large numbers of foreign students. China is now the world’s second-largest receiver of African students, but nonetheless still way behind France, the colonial power.

And despite huge OBOR investment in Central Asia, even its neighbouring countries are not yet abandoning their old ties. “China has almost no interest in developing higher education in the Central Asian region or developing a qualified workforce even for their Chinese companies’ projects,” said Isak Froumin, professor and head of the Institute of Education at the National Research University Higher School of Economics, Moscow. In the region – the original Silk Road route – “China almost ignores higher education as a channel of its influence,” Froumin said.

Growing interest in the region to study Chinese is driven in part by the huge infrastructure projects in these countries. “But this is not a Chinese initiative, it happens naturally because of its growing economic importance,” he said.

The legacy of the communist past in that region which encompasses the old Soviet Union could be hindering progress. “China’s culture and Chinese politics are not very attractive for the younger generation because they are sceptical towards communist ideas in general,” Froumin said.

Maia Chankseliani, associate professor of comparative and international education at the University of Oxford in the UK, noted that, despite being “omnipresent” in Central Asia, China is only the second-most popular destination for students from Central Asia, with Russia still number one.

Russia has 17 Russian university branch campuses in Central Asia, while China has none, she noted.

Some have argued that soft power effects will flow naturally as OBOR projects are completed and the economic – and geopolitical – benefits become evident. Yet, OBOR is seeing some backlash with countries such as Sri Lanka and Malaysia scaling back or cancelling expensive debt-ridden infrastructure projects financed by China, after a change in government in those countries.

And as one seminar participant pointed out, the supposed “vacuum” may not last. The US is fighting back on China’s growing influence with OBOR in developing countries with a new agency with US$60 billion to invest in foreign development known as BUILD – Better Utilization of Investments Leading to Development – passed by the US Senate last week, designed to push back China’s presence in Africa, Asia and Latin America. 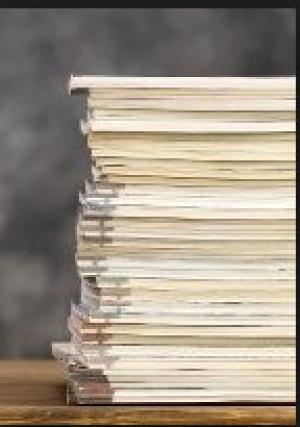 Read More
Written by Yojana Sharma,
Source link: http://www.universityworldnews.com/article.php?story=20181007114036711
Previous Next
Upnext in
Disclaimer UniAgents does not author any news or content in this section. We aggregate News Headlines, Summary, and Content from over 700 sources, explicitly listed in every article/page. Users can visit the sources for full articles and more local news. The sole aim is to aggregate education news from around the world so they can be categorised and the user can have a personalised experience. In some cases, the original article has news in native language but listing on UniAgents for each article is done in English. There are no copyright infringements, as we do not claim to produce any content mentioned on this page, all relevant sources are mentioned. For any clarifications, do not hesitate to contact us.