Go Back to the List February 20, 2019
Government supports mass upgrade of science facilities

Russian Prime Minister Dmitry Medvedev has announced that upgrading research facilities and equipment and providing support to young scientists are the priorities for the National Project for Science.

The National Project for Science also calls for the creation of at least 15 world-class science and education centres as well as advanced research infrastructure over the next six years, the Russian news agency TASS reported.

Medvedev underlined that all of Russia's leading scientific institutions were to get state-of-the-art equipment and instrumentation, with 50% of their instruments to be upgraded or replaced.

Russian President Vladimir Putin has stressed the importance of focusing on equipment that can ensure technological breakthroughs, as well as having a very clear understanding of the results to be achieved with this equipment.

“It is very important that Russian research infrastructure becomes one of the world's best,” he said.

Medvedev said the National Project for Science would help address many of the challenges faced by Russian researchers while achieving “the difficult but attainable” goal of propelling Russia into the top five countries in key fields of science and technology, TASS reported.

Speaking on 6 February at the Presidium of the Russian Academy of Sciences in Moscow, Medvedev said young researchers need particular support, not only financial but also in terms of facilitating their participation in academic conferences, publications in international scientific journals and patent applications.

Special stress must also be placed on improving their social conditions, he said, conceding that so far insufficient effort had been made to provide them with housing.

The prime minister said the National Project for Science had been designed to tackle these and other issues. Supporting scientific talent and promoting cutting-edge research are government priorities and should not remain a mere slogan but translate into reality, he added.

Deputy Prime Minister Tatyana Golikova said: “We understand that in order to increase the number of young scientists and researchers, we need to create the necessary social infrastructure for them.”

Medvedev said funding for the national project had been approved, with as much as RUB135 billion (US$2 billion) to be spent over the next three years. In fact, research and development expenditure from all sources, as envisaged by the project, should grow ahead of gross domestic product (GDP).

Putin announced in November that up to RUB635 billion (around US$9.6 billion) would be allocated to the National Project for Science for the period up to 2025, with RUB405 billion coming from the state budget and RUB231 billion from extra-budgetary resources.

“We need to help strong research teams, scientists and engineers who are working in the most promising areas,” said Putin at a meeting of the Council for Science and Education for the Russian Federation on 27 November. “We have to focus on critical development areas that are in line with national goals and the country’s strategy on scientific and technological development.”

Russia needs breakthrough discoveries and innovation to ensure the competitiveness of national industries, to form a strong manufacturing base, to renew the country's transportation infrastructure, to introduce new technologies to the construction industry, and also to improve the environment and the quality of healthcare, according to a briefing note disseminated by Project 5-100, whose members are leading research universities.

Cutting down on red tape

Bureaucratic procedures in universities on issues, ranging from buying office supplies and experimental materials to the financial reports that researchers must make for grants, will be streamlined.

“Starting new research means defending your topic, filling out endless forms, walking around with different documents, and writing reports,” Kotyukov said. “I believe that the ministry and the Academy have to work together to reduce bureaucracy for the benefit of research.”

The Russian government is planning to introduce amendments to existing legislation to make defending a thesis obligatory for postgraduate students. The Ministry of Science and Higher Education will present its proposals and recommendations to the government in the first trimester of 2019.

Aleksandr Sergeev, president of the Russian Academy of Sciences, has also pointed out the need for postgraduate education reform.

Medvedev has also signed an order allocating RUB9.9 billion (US$150 million) in federal government subsidies for the year 2019 among the country’s leading universities. The funding is designed to bolster their competitiveness globally. It will go to the 21 universities that participate in Project 5-100.

The subsidies will be financed from the federal budget under the Young Professionals federal project, which seeks to make Russia's professional education institutions more competitive. It forms part of the wider National Project for Education that aims, among other things, to turn the country into a more formidable player in the international academic marketplace.

The Russian government has been providing extra financial support to top universities every year since 2013 in a bid to enhance their international standing. Subsidies are approved by the Ministry of Science and Higher Education, which acts on recommendations from a council set up to strengthen the competitive position of Russian universities among the world's leading research and higher education institutions.

The allocations for the current year are: 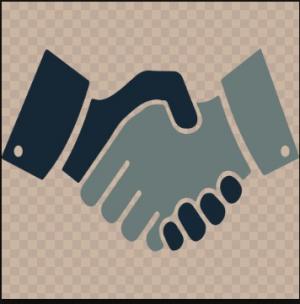 Read More
Written by Brendan Oâ€™Malley,
Source link: https://www.universityworldnews.com/post.php?story=20190220071424238 | https://www.google.com/search?q=Government+supports+mass+upgrade+of+science+facilities&rlz=1C1CHBD_enIN817IN817&source=lnms&tbm=isch&sa=X&ved=0ahUKEwjx3q2IyujgAhWLqY8KHbJ0BvIQ_AUIDygC&biw=1360&bih=633#imgrc=N-0eViyuwWfFcM:
Previous Next
Upnext in
Disclaimer UniAgents does not author any news or content in this section. We aggregate News Headlines, Summary, and Content from over 700 sources, explicitly listed in every article/page. Users can visit the sources for full articles and more local news. The sole aim is to aggregate education news from around the world so they can be categorised and the user can have a personalised experience. In some cases, the original article has news in native language but listing on UniAgents for each article is done in English. There are no copyright infringements, as we do not claim to produce any content mentioned on this page, all relevant sources are mentioned. For any clarifications, do not hesitate to contact us.