Go Back to the List February 20, 2020
Call for Euro 1 billion EU fund for African universities

The African Research Universities Alliance (ARUA) and The Guild of European Research-Intensive Universities (The Guild) say the scale of the common challenges faced, and the opportunities opened up through scientific and educational collaboration, require a new level of investment that goes well beyond existing collaborations in Horizon 2020 and Erasmus+. They have called on the EU to provide €1 billion (US$1.08 billion) a year from budget support for the Africa-EU Partnership to strengthen African research universities in partnership with European universities.

As the AU and EU develop their priorities ahead of the sixth AU-EU summit in October 2020, ARUA and The Guild have also called for:

• The creation of an accessible world-class infrastructure in Africa.

• The establishment of an African Research Council, to help African universities attract and retain world-class researchers.

• The creation of doctoral schools, to help significantly increase the number of top-quality scientists that will enable the strengthening of African universities in a sustainable way.

• Provision of co-funding to ensure early-career researchers can develop world-leading research agendas in the first years of their appointment.

• Strengthening the capacities of African universities through bespoke training and investment in systems appropriate to their needs.

ARUA and The Guild also stressed the need for the EU’s commitment to research, higher education and innovation to be matched by substantial co-funding from African governments, since AU member states have already agreed in their Science, Technology and Innovation Strategy for Africa 2024 to take concrete actions to allocate at least 1% of gross domestic product to research and development “to ensure that Africa maximises ownership and responsibility for its own developmental path”.

Professor Idowu Olayinka, chair of ARUA and vice-chancellor of the University of Ibadan in Nigeria, said: “African research universities need to be at the forefront of the new effort to transform Africa for the people of the region. Challenges such as climate change, food security, migration, poverty, unemployment and many others require urgent research attention.”

He said achieving the Sustainable Development Goals will require new knowledge that universities must lead in providing.
“We recognise the need for partnership with European universities as an essential part of the preparation that has to be made for this giant step forward, and hence strongly endorse collaboration between the EU and the AU to make this happen,” he said.

Professor Vincent Blondel, chair of The Guild and rector of UCLouvain in Belgium, said: “Developing new levels of collaboration between researchers in Europe and Africa presents an important strategic opportunity for European universities. We need high levels of ambition in the European Union and the African Union to confront common challenges, including climate change and demographic growth. It is in the interest of universities in Europe and beyond to strengthen our capacity for joint action in research and education.”

ARUA is made up of 16 leading universities across Africa and The Guild comprises 19 leading research-intensive universities from 14 European countries.

The paper explains that creating a substantial fund for research collaboration between African and European universities is needed to tackle “areas of mutual interest, as articulated by the political leaders of the AU and EU”. These could include climate change, renewable energy, inequality and migration, public health and digitalisation.

Bottom-up calls
They also advocate having a strand for “bottom-up calls on fundamental collaborative research” bringing scientists from both continents together to tackle critical challenges.

To ensure doctoral students are part of international networks, they would be given the opportunity to partner with one or more European institutions, enabling each doctoral candidate to spend up to 12 months at the European partner university in the second year of their degree, the paper proposed.

To sidestep the existing problem of many researchers being hired with teaching commitments that “make the development of a strong, internationally competitive research record impossible”, they propose creating five-year post-doctorate ‘top-ups’ for early-career faculty positions.

“This would mean up to 50% of the post is supported by the EU-AU fund, and this budget would guarantee research time, including time spent in a European university,” the paper says.

A model for this type of support could be the Canada Research Chairs (Tier 2), where institutions are supported to strengthen the research record of promising post-doctoral faculty members.

Lastly, the paper says that to ensure African universities can embrace demographic, educational and scientific challenges, they should receive context-specific support.

“We advocate the provision of leadership and administrative training, at all levels of university governance – not by exporting existing models developed in different contexts, but by providing bespoke training opportunities appropriate for the particular context of African universities,” the paper says. It says, for example, that research offices could be supported to assist researchers with activities such as sourcing and publicising research funding opportunities, negotiating contracts with sponsors, raising awareness among researchers, management and reporting on grants, knowledge transfer and commercialisation, etc.

Strategic partnership
In a separate paper published by The Guild, titled “Developing equal, mutually beneficial partnerships with African universities”, Peter Maassen, professor in higher education studies at the University of Oslo, Norway, and extraordinary professor at Stellenbosch University, South Africa, said: “The positive development transformations that large parts of Africa are experiencing provide an important window of opportunity for a new strategic political partnership between Europe and Africa.”

He said the EU has presented an ambitious plan for a new EU-Africa strategy emphasising climate change, digitalisation and peace and security, and all African heads of state have agreed on an ambitious action plan (Agenda 2063) to stimulate further development throughout the continent.

Realising the latter would depend strongly on enhancing skills and competencies among the labour force and increasing the volume, relevance and quality of frontier-led research, he said.

“Currently most of all the research output in Africa is produced by universities, even though their overall performance is still lagging behind their counterparts in the rest of the world. Consequently, strengthening universities is a crucial component in building African knowledge societies.

“This includes the universities’ role in enhancing the R&D capacity and innovation potential of the private sector, in setting up successful incubation projects, and in contributing to the digital economy in Africa.”

He warned that demographic changes posed particular risks, in which universities’ role was crucial. In the worst-case scenarios, the rapid growth of the African population would lead to dramatic challenges for Africa and Europe in the form of massive shortages of basic food and water supplies, environmental transformation and rising numbers of migrants.

Substantially increasing the educational capacity of universities, especially at the postgraduate level, is, therefore, a necessary condition for a growing part of the population to enter sustainable ways of life, he said, and “Europe as Africa’s closest neighbour and most important trade partner should have the ambition to play a key role in the strengthening of African universities”.
Jan Palmowski, secretary-general of The Guild, added: “This is a crucial time to act, to ensure that collaboration between Africa and Europe is future-oriented and strategic, and carries the support of universities, governments and the two Unions.” 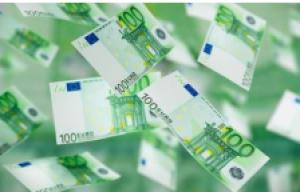 Read More
Written by Brendan Oâ€™Malley,
Source link: https://www.universityworldnews.com/post.php?story=2020022008281451
Previous Next
Upnext in
Disclaimer UniAgents does not author any news or content in this section. We aggregate News Headlines, Summary, and Content from over 700 sources, explicitly listed in every article/page. Users can visit the sources for full articles and more local news. The sole aim is to aggregate education news from around the world so they can be categorised and the user can have a personalised experience. In some cases, the original article has news in native language but listing on UniAgents for each article is done in English. There are no copyright infringements, as we do not claim to produce any content mentioned on this page, all relevant sources are mentioned. For any clarifications, do not hesitate to contact us.