Go Back to the List February 22, 2020
Belgian Communications Institute Partners Up With Moroccan Universities

The IHECS, based in Brussels, has signed partnerships with a number of Moroccan higher education institutions, the last of which is Rabat’s International University.

Rabat – The Institute for Higher Studies in Social Communications (IHECS) of Brussels, Belgium, signed a partnership agreement with the International University of Rabat (UIR) on Wednesday, February 19.

The agreement aims to formalize the will of the two higher education institutions to build a lasting collaboration and to present concrete options for implementing it, according to a press release issued by the IHECS on Saturday, February 22.

The partnership will allow the exchange of students, teachers, and educational materials between the UIR and the IHECS. It also provides for the organization of joint research projects, conferences, and seminars on several subjects and disciplines.A first meeting between representatives from the Moroccan and Belgian institutions took place in December 2019 in Rabat. During the meeting, IHECS officials learned about the UIR development projects in the fields of communication and journalism.

In January, a delegation from the UIR flew to Brussels to define the major axes of the partnership, before finally sealing the deal this week in Rabat.

“The partnership complements a policy of rapprochement between different higher education institutions in Morocco and the IHECS,” announced the General Administrator of the Belgian institute, Jean-Francois Raskin.
“The UIR has big ambitions and wishes to associate itself with our institution [known for] its dynamism, originality, and pedagogy,” he continued.

Officials from the UIR and the IHECS will work to finalize the training programs in journalism and communication in the coming weeks, revealed the press release.
The first students will be able to enroll in the joint programs as early as September 2020, concluded the document.

This is not the first partnership agreement between the IHECS and Moroccan higher education institutions. The Belgian institute has already collaborated with the Higher Institute of Information and Communication (ISIC) in Rabat, along with the university and higher education school of Marrakech. 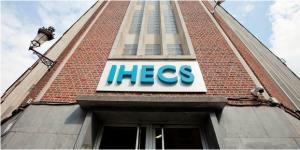 Read More
Written by Yahia Hatim,
Source link: https://www.moroccoworldnews.com/2020/02/294356/belgian-communications-institute-partners-up-with-moroccan-universities/
Previous Next
Upnext in
Disclaimer UniAgents does not author any news or content in this section. We aggregate News Headlines, Summary, and Content from over 700 sources, explicitly listed in every article/page. Users can visit the sources for full articles and more local news. The sole aim is to aggregate education news from around the world so they can be categorised and the user can have a personalised experience. In some cases, the original article has news in native language but listing on UniAgents for each article is done in English. There are no copyright infringements, as we do not claim to produce any content mentioned on this page, all relevant sources are mentioned. For any clarifications, do not hesitate to contact us.