The Indian government has reiterated its support for developing fully online domestic degree programs in the minister of finance’s 2020-21 budget speech, as well as the development of its Study in India program.

Two years ago, India reversed a 2016 ban on fully online degrees which was initially brought to combat unrecognised providers.
The program is due to be introduced slowly and is currently limited to “institutions who are ranked within the top 100 in the National Institutional Ranking framework”. The government further noted that “only a few such institutions would be asked to offer such programs”.
“Higher education in India, previously the preserve of the elite is now amassing to the middle class with change at a scale unprecedented in history. With a population of 1.3 billion in 2016, India is projected to be the world’s most populous country by 2022,” Amanda Gregory, the co-founder and COO of Univer, told The PIE.

“Enrolment in higher education in India is relatively low at 24%, compared with 26% in China and 43% in the UK. There is [an] enormous unmet demand.”

Mayank Kumar, one of the co-founders of online education platform UpGrad, told The PIE however that there is a risk that online degrees will suffer the same issues as distance learning programs if they are not properly implemented.

“Distance learning programs have a reputation for being poor quality. From a rigour perspective, online programs are going to be as rigorous as offline. Government jobs won’t accept distance learning on par with offline. This time around [with online degrees] they want that to be different,” he said.

As India seeks to grow its domestic higher education sector, edtech companies will be looking for closer collaboration with domestic universities to grow their online course portfolios.

“What we do with international universities pales in comparison to Indian ones for two reasons,” Kumar noted.

With spending on education currently measuring around 3.8% of the country’s total GDP, the government this year aims to hit 30% gross enrolment, which Gregory added, “will mean providing 40 million university places”.

“The current government understands that online study is the way to go. For us to grow as a country, online education has to play a role,” Kumar said. 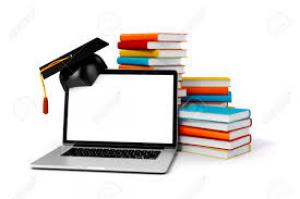 Read More
Written by Callan Quinn,
Source link: https://thepienews.com/news/india-domestic-online-degrees/
Previous Next
Upnext in
Disclaimer UniAgents does not author any news or content in this section. We aggregate News Headlines, Summary, and Content from over 700 sources, explicitly listed in every article/page. Users can visit the sources for full articles and more local news. The sole aim is to aggregate education news from around the world so they can be categorised and the user can have a personalised experience. In some cases, the original article has news in native language but listing on UniAgents for each article is done in English. There are no copyright infringements, as we do not claim to produce any content mentioned on this page, all relevant sources are mentioned. For any clarifications, do not hesitate to contact us.