Go Back to the List January 30, 2019
China Announces New Partnerships With Foreign Universities Months After Shuttering Others

China has announced two new partnerships between Chinese and foreign universities – just months after the country’s Ministry of Education shut down more than one-fifth of the country’s Sino-foreign higher education programs.

The last time Chinese-foreign university partnerships made headlines was in July, when the Ministry of Education closed more than 200 Sino-foreign programs, five of which were jointly managed institutions in China.

These new partnerships allow Chinese institutions to fully fold foreign resources into their own universities, rather than simply joining in on jointly-managed ventures with universities abroad. These new programs will take place fully on the Chinese universities’ campuses and will offer undergraduate courses in science. The colleges will each take 960 students per year, the Ministry of Education said.

Sources from the universities told Caixin that applicants will be required to pass the gaokao, China’s annual college entrance exams, before matriculation. Students who complete the courses will receive bachelor’s certificates from both the Chinese university and the foreign one, the sources said. 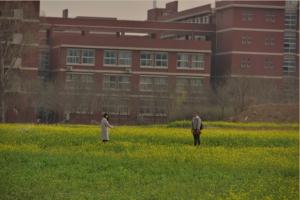 Read More
Written by Zhao Runhua,
Source link: https://www.caixinglobal.com/2019-01-30/china-announces-new-partnerships-with-foreign-universities-abroad-months-after-shuttering-others-101376120.html | https://www.caixinglobal.com/2019-01-30/china-announces-new-partnerships-with-foreign-universities-abroad-months-after-shuttering-others-101376120.html
Previous Next
Upnext in
Disclaimer UniAgents does not author any news or content in this section. We aggregate News Headlines, Summary, and Content from over 700 sources, explicitly listed in every article/page. Users can visit the sources for full articles and more local news. The sole aim is to aggregate education news from around the world so they can be categorised and the user can have a personalised experience. In some cases, the original article has news in native language but listing on UniAgents for each article is done in English. There are no copyright infringements, as we do not claim to produce any content mentioned on this page, all relevant sources are mentioned. For any clarifications, do not hesitate to contact us.