Go Back to the List October 11, 2018
California students wrote a law to hold textbook publishers accountable for changes, rising costs

A bill drafted by students at California Polytechnic State University seeking more transparency around textbook updates has been signed into law, according to Inside Higher Ed, marking a successful end to a political science class project that could change how publishers announce changes between editions.
The students were tasked with writing a bill that would help state residents but not cost the state money. Their legislation calls for publishers to prominently display changes between textbook editions on their website. The students opted to make the law voluntary in response to strong pressure from publishing industry lobbyists that they said could have killed the bill.
Textbooks' high cost, frequent updates and often-undisclosed changes made them the focus of the project. Publishers said they were already making the information available or would review their policies to be sure it was accessible.

Discussion of college costs often starts and stops at tuition. But textbooks are one of several additional expenses that can combine to make attending college financially challenging for many students.

The College Board says students should expect to pay about $1,200 annually for books and supplies. According to the National Association of College Stores (NACS), the average price of a new textbook rose from $57 during the 2007-08 academic year to $80 in 2015-16, while the price of a used textbook hovered around $50.

A 2014 study, meanwhile, found that 65% of students decided not to buy a required textbook because it was too expensive even though they knew it would diminish their grades.

A newer cost facing students is that of access codes, which increasingly are required to use digital course material such as videos, quizzes and homework, according to The Atlantic. Unlike textbooks, access codes can't be shared, resold or passed along to friends at the end of the semester, and students stand to lose credit if they don't have one.

Yet publishers — who face growing competition from open source and other online materials — contend the codes give students access to valuable information and more flexibility in the way they study as well as which devices they use. They also argue that the codes give faculty members more data on student study behavior and understanding of topics.

OpenStax, a nonprofit open-source educational resources publisher based at Rice University, says about half of U.S. colleges and universities are using its free textbooks, saving about $176 million and contributing to a decline in student textbook costs. 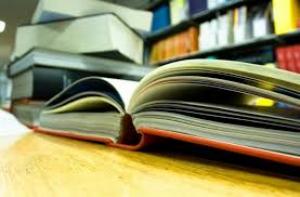 Read More
Written by James Paterson,
Source link: https://www.educationdive.com/news/california-students-wrote-a-law-to-hold-textbook-publishers-accountable-for/539413/
Previous Next
Upnext in
Disclaimer UniAgents does not author any news or content in this section. We aggregate News Headlines, Summary, and Content from over 700 sources, explicitly listed in every article/page. Users can visit the sources for full articles and more local news. The sole aim is to aggregate education news from around the world so they can be categorised and the user can have a personalised experience. In some cases, the original article has news in native language but listing on UniAgents for each article is done in English. There are no copyright infringements, as we do not claim to produce any content mentioned on this page, all relevant sources are mentioned. For any clarifications, do not hesitate to contact us.