The University of California, Berkeley (UC Berkeley) is to form a new Division of Data Science and Information to prepare thousands of students and researchers to ‘bring data science to bear in the classroom, laboratory and workplace”. The decision has been made in response to the “profound and growing impact of data” in the digital world, according to a university statement.

The new division is designed to engage faculty and students across the campus and connect departments from the College of Engineering, the College of Letters and Science and the School of Information. It will be led by a new associate provost, who will report directly to the executive vice-chancellor and provost at UC Berkeley.

“Berkeley’s powerful research engine, coupled with its deep commitment to equity and diversity, creates a strong bedrock from which to build the future foundations of this fast-changing field while ensuring that its applications and impacts serve to benefit society as a whole,” said Paul Alivisatos, UC Berkeley’s executive vice-chancellor and provost.

“The division’s broad scope and its facilitation of new cross-disciplinary work will uniquely position Berkeley to lead in our data-rich age. It will simultaneously allow a new discipline to emerge and strengthen existing ones.”

Saul Perlmutter, director of the Berkeley Institute for Data Science who won the 2011 Nobel Prize in Physics, said: "It is pretty clear that almost every field today needs data savvy researchers. It has become something as basic as driving a car in our intellectual work. Data science – and the new division – offers the university community unusual opportunities to bridge what can otherwise be disparate disciplines.

“It’s exciting to see the social scientists, the humanities scholars, the natural scientists, and the computational and statistical scholars all in the same conversation, with novel collaborations beginning to address previously intractable and fascinating questions,” he said in the university statement.

The Daily Californian, the student publication, reported him also saying that the development is a “real renaissance in interdisciplinary thinking”.

“Data science doesn’t just have applications in essentially every other academic field, but it is actually changing the foundations of those fields as well,” said David Culler, interim dean for data sciences. “Berkeley is essentially shaping what it will mean to be a research university in the connected century ahead, pursuing new knowledge that transcends disciplinary boundaries.”

Data and algorithms have become central to how individuals, researchers and businesses learn about the world and make decisions. Banks use them for fraud detection and to calculate credit scores, retailers use them to model supply chains to get products to the right place at the right time, and the healthcare industry uses them to prescribe drugs and make diagnoses.

But the rapid rise of data and algorithms in our decision-making comes hand-in-hand with major societal questions about how they are used. Recent controversies over facial recognition technology, privacy protection or predictive policing show how computing and data are changing our social order.

“These changes around computation and data are coming at a scale and at a pace like no other scientific change in recent memory. Both its foundational aspects and impacts are comparable to the biggest transformations in society that we have ever seen,” said Cathryn Carson, professor in the department of history at UC Berkeley. “We want everyone to have the power of data and computing at their disposal in a way that works for them.”

“The opportunities and challenges here are so big and so diverse and it is going to take people with expertise that is as broad as the Berkeley campus to grapple with the many ways data is changing our world,” said Anno Saxenian, dean of the School of Information.

Employers like Google and Facebook are hungry for graduates who can spot patterns in data, and for research that builds their capacity to understand the data at their fingertips – but the need for data-savvy graduates and research extends far beyond the tech industry, the university says.

A poll, conducted by Gallup for the Business-Higher Education Forum revealed that by 2021, 69% of employers expect candidates with data science skills to get preference for jobs in their organisations, while only 23% of college and university leaders say their graduates will have those skills. LinkedIn’s August jobs report found significant gaps in the number of data science jobs and those to fill them, particularly in areas such as San Francisco and Los Angeles.

“The emphasis that Berkeley is placing on data literacy and making it available to diverse communities creates a very talented pool of graduates – employable in traditional computing and engineering fields as well as a variety of others. They will be prepared for what the world will be like in 10 or 15 or even 20 years,” said Vinitra Swamy, an AI software engineer at Microsoft.

“The best part of the data science programme is that the skills taught in the courses are immensely valuable to industry and research. I use data science tools I learned at Berkeley every day,” Swamy said. 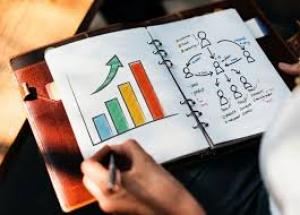 Read More
Written by UniversityWorldNews,
Source link: http://www.universityworldnews.com/article.php?story=2018110304355317
Previous Next
Upnext in
Disclaimer UniAgents does not author any news or content in this section. We aggregate News Headlines, Summary, and Content from over 700 sources, explicitly listed in every article/page. Users can visit the sources for full articles and more local news. The sole aim is to aggregate education news from around the world so they can be categorised and the user can have a personalised experience. In some cases, the original article has news in native language but listing on UniAgents for each article is done in English. There are no copyright infringements, as we do not claim to produce any content mentioned on this page, all relevant sources are mentioned. For any clarifications, do not hesitate to contact us.