Go Back to the List June 10, 2021
NSW to welcome back international students under pilot quarantine plan

International students will be welcomed back to New South Wales from as early as July under a pilot plan announced by the NSW government.

Mr Perrottet said that figure would increase to 500 students per fortnight by the end of the year and would not interfere with current hotel quarantine arrangements.

"Importantly not one returning Australian will not get a seat on a plane as a result of this plan," he said.

"We will be running this alongside the 3,000 returning Australians that come into our hotel quarantine system every week."

Before the pandemic, about 250,000 international students were studying in NSW — the state's second-largest export.

Mr Perrottet said there were about 50,000 overseas students who were currently trying to get into NSW.

He said it would provide vital job certainty for 100,000 workers in the sector.

"This is a big win for the NSW economy.

"We believe that the cost to our economy since the pandemic began particularly related to the international students is around $5 billion and if we didn't do anything that cost would grow by the end of next year to $11 billion.

“This is incredibly important because there is evidence particularly around the world in places like Canada, the US and the UK that are actively targeting this industry that NSW relies on so much.”

The NSW government has not revealed the exact location of the student quarantine facility, but Mr Perrottet said negotiations with the provider were being finalised.

He said the pilot program had been approved by NSW Health and NSW Police, and its proposal to the federal government had received "strong support back" and would be signed off on in the coming days.

The student quarantine system, including travel costs, accommodation and security, will be financed by the university sector, but Mr Perrottet said whether students were out of pocket for flights would be up to individual universities.

The first international students will arrive in NSW on chartered flights in the next six to eight weeks before the program later transitions to commercial flights. 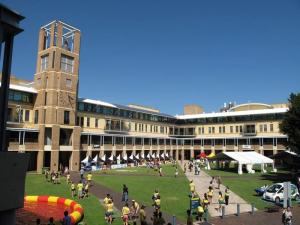 Read More
Written by Bellinda Kontominas,
Source link: https://www.abc.net.au/news/2021-06-10/nsw-to-welcome-back-international-students-under-quarantine-plan/100205080
Previous Next
Upnext in
Disclaimer UniAgents does not author any news or content in this section. We aggregate News Headlines, Summary, and Content from over 700 sources, explicitly listed in every article/page. Users can visit the sources for full articles and more local news. The sole aim is to aggregate education news from around the world so they can be categorised and the user can have a personalised experience. In some cases, the original article has news in native language but listing on UniAgents for each article is done in English. There are no copyright infringements, as we do not claim to produce any content mentioned on this page, all relevant sources are mentioned. For any clarifications, do not hesitate to contact us.