Go Back to the List April 07, 2020
Australian states going their own way on university admissions

Australia’s states and territories have been unable to coordinate final school exams or tertiary admission methods, in a development that could disrupt next year’s university intake.
A teleconference of education ministers on 7 April could not find common ground on how to award the Australian Tertiary Admission Rank (ATAR), the country’s unique university selection system.

Federal education minister Dan Tehan said it had been agreed that all final year school students would be able to complete their studies in 2020, dispelling fears that the year 12 cohort may have to repeat an entire year. “There will be no year 13,” he insisted.But the ministers failed to concur on when final exams should take place or how the ATAR should be adjusted to take account of the pandemic. Further negotiations are scheduled for May.

"Ultimately, each state and territory, as is their jurisdictional responsibility, will look at what the assessment process will look like for their individual state and territory," Mr Tehan said. “I’ve been working with the universities to ensure that there will be a degree of flexibility also at their end,” he added. Victoria’s government is also requesting flexibility from universities, saying that they will be asked to delay the start of the 2021 academic year.
The state’s end of year exams will be delayed from October and November until at least December, while the General Achievement Test – used for statistical moderation of the school leaving certificate – will be moved from June to October or November. Victoria is also considering a compressed end-of-year exam schedule with slightly shortened tests.

Universities Australia said that the sector was working with state governments, schools and the five state-based tertiary admissions centres (TACs) to ensure year 12 school students had clear paths to university in 2021.

“It’s not in anyone’s interest to stop students from moving on,” said chief executive Catriona Jackson. “Australia needs as many as possible to get a university education so they can contribute to economic recovery.” She stressed that the ATAR was not the only route into higher education, with universities and TACs using other evidence for admissions purposes. It included aptitude tests, portfolios of work, extracurricular activities and assessment of students’ results across the last two years of school.
Ms Jackson acknowledged that the admissions process would be different from previous years, but said that universities remained committed to fairness, consistency and transparency. “We do not underestimate the challenge, but we are well placed to adapt.” The Australasian Conference of Tertiary Admissions Centres has committed to the ATAR, insisting that this year’s graduating school students will be accommodated by tertiary institutions next year. 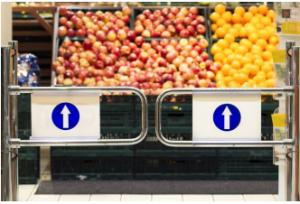 Read More
Written by John Ross,
Source link: https://www.timeshighereducation.com/news/australian-states-going-their-own-way-university-admissions
Previous Next
Upnext in
Disclaimer UniAgents does not author any news or content in this section. We aggregate News Headlines, Summary, and Content from over 700 sources, explicitly listed in every article/page. Users can visit the sources for full articles and more local news. The sole aim is to aggregate education news from around the world so they can be categorised and the user can have a personalised experience. In some cases, the original article has news in native language but listing on UniAgents for each article is done in English. There are no copyright infringements, as we do not claim to produce any content mentioned on this page, all relevant sources are mentioned. For any clarifications, do not hesitate to contact us.