Go Back to the List October 06, 2019
Preparing Indonesia's youth for 4IR

Based on a recent figure by SHARE, a flagship project of the ASEAN Education Sector, there are 7,000 Higher Education Institutions (HEIs) in Southeast Asia with around 12 million students currently being enrolled. To date, Indonesia accounts for at least seven million students in the 4,735 HEIs across the country, according to the Ministry of Research, Technology and Higher Education (MoRTHE).

In the 2019 QS World University Rankings, three of Indonesia’s top HEIs managed to rank in the top 400; University of Indonesia (292), Institute Technology of Bandung (359) and Universitas Gadjah Mada (391). The country also devotes 20 percent of government expenditure to education, allowing it considerable space to grow.

However, technological disruptions brought on by the Fourth Industrial Revolution (4IR) has forced the education sector to adapt to current trends. Technological advancements have changed higher education (HE) systems across the ASEAN region with Singapore at the forefront of innovation. The Singapore government’s initiatives are influential in the country’s commitment to developing employable citizens for the automation era, such as Smart Nation Singapore, SkillFuture and the creation of three new universities.

Singapore serves as a model to other ASEAN nations such as Indonesia wanting to prepare their future workforce in line with the demand brought on by 4IR. To prepare youth to excel in 4IR, Indonesia needs to redesign its education system as well as demand that various sectors in the country enhance, reskill and upscale their existing talents.

President Joko Widodo in 2018 launched the ‘Roadmap: Making Indonesia 4.0’ to prepare the country for 4IR. The roadmap includes major innovations in digital technology, biology and hardware automation. The government’s initiative was expected to accelerate advances in education by spurring investment in next-generation technologies such as artificial intelligence (AI) and robotics.

Yet, according to a 2018 study by A.T. Kearney on the country’s readiness for 4IR, Indonesia is lagging behind other ASEAN countries such as Singapore, Malaysia and Thailand, in terms of 4IR implementation and overall digital maturity. Widodo has acknowledged that shortfalls in education and severe skill gaps in the workforce can derail efforts to cultivate high-tech industries if they are not properly addressed. For graduates to thrive in the new automated economy, certain elements must be included in their education such as experiential learning, future-ready curriculums and life-long learning mindsets. Education must also cater to the upcoming tech savvy cohort that is Generation Z (Gen Z) who grew up having internet technology readily available to them. A 2018 research by Dell Technologies, ‘Gen Z: The Future has arrived,’ revealed that 97 percent of the group thinks technology literacy matters, with 80 percent interested in working with cutting-edge technology when entering the workforce.

Fortunately, Indonesian students are already embracing technology and are among the highest users of tech in education as found in a 2018 Global Education Census by the Cambridge Assessment International Education. The census found that Indonesian students rank highest globally in their use of IT suites or computer rooms (40 percent). The government is also turning to technology to give more people access to education, through initiatives like online courses. When it comes to students’ career and subject choices, six percent said they would like to be software engineers while 39 percent are currently studying a Computer Science course.

“With the help of technology, teachers and institutions can efficiently manage materials and focus more on the students’ character-building, and inspiring interest and critical thinking through interactive classrooms,” said Gatot Pramono, Head of Information Technology and Communication Centre at the Ministry of Culture and Education.

The global survey also revealed that 93 percent of students said they would like to continue to higher education. However, the Oxford Business Group’s (OBG) article on the challenges for Indonesia’s education sector, citing a Bloomberg report published in 2018, states that only 17 percent of the 127 million Indonesians in the workforce have finished high school, while less than 10 percent have a university degree.

Indonesia’s HEIs can generate economic competitiveness and innovation through the training of highly and relevantly skill individuals as well as knowledge production and research. Currently, the most sought-after 4IR skills with high employment prospects are science, technology, engineering, arts and mathematics. Indonesia is also seeing a vibrant tech start-up ecosystem, with young entrepreneurs pursuing digital innovations in diverse sectors from transportation to finance.

“Human capital development will be in the spotlight over the next five to 10 years, especially in terms of matching curricula in universities to industry needs,” said Kartika Wirjoatmodjo, president director and CEO of Bank Mandiri.

The MoRTHE is also improving the quality and number of science technoparks and science and technology centres of excellence to further support competitiveness on the international level. The OBG article states that the ‘Making Indonesia 4.0’ initiative can succeed through curriculum reforms, greater investments in research and development (R&D), and enhanced collaboration between industry and academia.

“As Indonesian students continue their journey as future thinkers, innovators, and leaders, more integration of technology to support their learning will help prepare them to compete in an evolving global market,” said Dr Ben Schmidt, Regional Director, Southeast Asia & Pacific of Cambridge International.

For HEIs across Indonesia to contribute to the advancement and development of societies, they must equip the future workforce with current knowledge and skills in line with the new revolution. 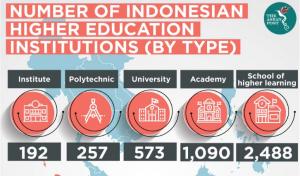 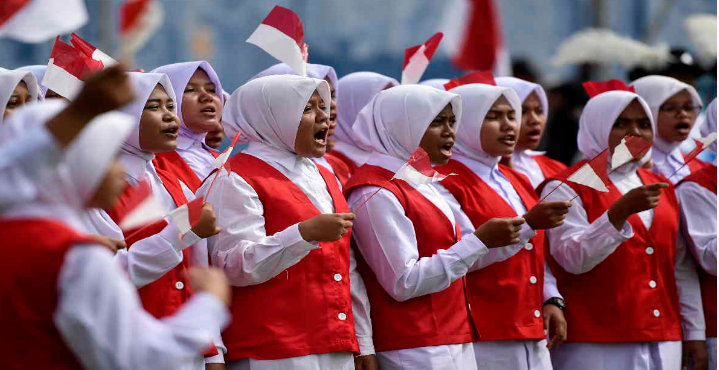 Read More
Written by Liyana Hasnan,
Source link: https://theaseanpost.com/article/preparing-indonesias-youth-4ir
Previous Next
Upnext in
Disclaimer UniAgents does not author any news or content in this section. We aggregate News Headlines, Summary, and Content from over 700 sources, explicitly listed in every article/page. Users can visit the sources for full articles and more local news. The sole aim is to aggregate education news from around the world so they can be categorised and the user can have a personalised experience. In some cases, the original article has news in native language but listing on UniAgents for each article is done in English. There are no copyright infringements, as we do not claim to produce any content mentioned on this page, all relevant sources are mentioned. For any clarifications, do not hesitate to contact us.