Go Back to the List September 22, 2018
African universities need their own China expertise

China’s growing largesse within the field of African higher education is, in many respects, welcome, given that if China doesn’t step in, no one else is likely to do so.

Africa’s traditional donors, the Euro-American sphere, are currently in the grip of an anti-immigrant populism that has had implications for both overseas assistance as well as for African student mobility. China’s support in areas such as the natural sciences, engineering, vocational and language training, as well as hard infrastructure developments in the form of new research centres and technology, are, within the current context, hard to refuse.

Given such assistance, one would appear almost a stick in the mud to point out misgivings, but misgivings there are. The elephant in the room is the growing culture of academic censorship within China and the question of to what degree this will seep into the African higher education sector.

Since Xi Jinping has come to power, academic freedom has been seriously curtailed within China. If you are an academic in China who wants to critically engage with, say, the Xi presidency, the Communist Party or the Belt and Road Initiative, your job may be at stake. If you are an academic working in regions such as Xinjiang, you can simply disappear for no reason at all, as many already have.

Within the African context, such limitations come to the fore when we consider the issue of how Africans acquire knowledge about China itself. Despite China being Africa’s largest trading partner and investor, there is very little in the way of China expertise within Africa. At present, the bulk of Chinese educational assistance within Africa comes in the form of Confucius Institutes, which focus on language training and to a limited degree, Chinese culture.

In several African countries, where universities have opened China studies degree programmes, a substantial share of the teaching expertise comes from the Confucius Institutes. Irrespective of their own personal opinions on China, most of those teaching will likely, and wisely, stay well within ever-growing limits of what can be discussed.

To what degree such teaching in the future will expand into fields such as Chinese politics, economics and history is an open question. However, my own personal experiences offer inklings into how this may play out.

As the director of the Centre for Chinese Studies at Stellenbosch University in South Africa, part of my job consists of teaching classes to Mandarin degree students on Chinese history and politics. The programme is housed in the modern foreign language department and is separate from the university’s Confucius Institute.

Earlier this year, after being denied an entry visa to China, I attended a meeting at the Chinese embassy in Pretoria where I was informed that one of the reasons I was being denied entry was due to the content of my classes. The main complaint was that I had discussed issues such as Taiwan, Tibet, Xinjiang and the Cultural Revolution. Until I moved away from teaching about what they referred to as ‘the old China’ and started teaching on the ‘new China’, I would not be allowed to return.

When I enquired as to what it was about these topics that was specifically causing offence, no further clarification was forthcoming.

Unlike in the Euro-American sphere, which has a long history of robust independent scholarship and teaching on China, within Africa no such foundation exists. In some respects, Africa is a terra nullius of China scholarship, which, from the Chinese government perspective, offers the opportunity to get first dibs on structuring the discourse.

Within the context of post-apartheid South Africa, where academic freedom is enshrined in the constitution, critiques of power within the social sciences and humanities are the norm. This spirit is strongly informed by the dark days of apartheid, where academics, the media and civil society spoke their mind at the expense of being detained, tortured and even killed.

Why then, should South African history, politics and economics be open to the most intense academic scrutiny – as it is – if we do not hold our analysis of foreign countries to the same standards?

Like many other countries in Africa, South Africa currently pursues a policy of economic pragmatism in which foreign investment is pursued at all costs.

As Chinese largesse increases – not just in education, but across many other sectors – there are constituencies who believe that this offers an opportunity to finally shake off Euro-American shackles. Compromising on a few aspects of independent thinking and critical opinion is a small price to pay.

But this may be a case of cutting off the nose to spite the face. It is of growing importance that African states develop as robust a knowledge of China as possible so as to inform issues around future policy-making and strategic engagement. Settling for a partial view, or an ideologically heavy one, simply short-changes a country’s ability to make informed choices in terms of its engagements abroad.

Thus, while Chinese investments in African higher education should be welcomed, states should do so in tandem with developing their own educational infrastructure focusing on China.

While this may entail drawing on the wealth of knowledge that Chinese scholars, universities and think tanks have to offer, when it comes to topics and critical angles that are off limits, they should not hesitate to draw on expertise that other parts of the world have to offer.

Europe and America, but also countries such as Australia, India, Japan and Turkey, have all developed their own expertise on China. An Africa whose understanding of China draws on a host of international expertise, offers a solution appropriate to an increasingly multipolar world.

Dr Ross Anthony is the director of the Centre for Chinese Studies at Stellenbosch University, South Africa. 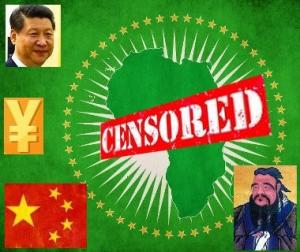 Read More
Written by Ross Anthony,
Source link: http://www.universityworldnews.com/article.php?story=20180922152502761 | http://www.universityworldnews.com/article.php?story=20180922152502761
Previous Next
Upnext in
Disclaimer UniAgents does not author any news or content in this section. We aggregate News Headlines, Summary, and Content from over 700 sources, explicitly listed in every article/page. Users can visit the sources for full articles and more local news. The sole aim is to aggregate education news from around the world so they can be categorised and the user can have a personalised experience. In some cases, the original article has news in native language but listing on UniAgents for each article is done in English. There are no copyright infringements, as we do not claim to produce any content mentioned on this page, all relevant sources are mentioned. For any clarifications, do not hesitate to contact us.