Go Back to the List April 24, 2020
Loss of international student fees could decimate UK research

As university researchers race to find a way out of the coronavirus pandemic, top institutions are warning that losing at least half their international students will blow a huge hole in their research budgets and lead to cuts in vital scientific projects.

Many universities are anticipating a loss of between 80 and 100% of their usual intake of international students as a result of the virus, with most agreeing a reduction of at least half seems inevitable. This is an enormous hit in cash terms, with some institutions braced for potential losses of more than £100m.

But it is all the more painful because universities have been relying on the surplus from international students’ higher fees to subsidize vital research.

Nick Hillman, director of the Higher Education Policy Institute thinktank, says: “The rhetoric around the budget was all about making Britain a great global science nation, but without international students, that can’t happen.”

Vice-chancellors say that almost every university will be in financial jeopardy if the government refuses to give them any support.

Prof Colin Riordan, of Cardiff University, a member of the elite Russell Group, says: “Any university that hasn’t got substantial reserves will be at risk. There is barely a university that will be able to last without significant help from the government. Lots would struggle to last beyond a year or so. At the very least, we need some help to buy us some time.”

Last week the Treasury was said to be blocking an appeal by the vice-chancellors’ group, Universities UK, for a multibillion-pound bailout. Without it, the group says some institutions will certainly go bankrupt.

A report by London Economics for the University and College Union found that universities faced a £2.5bn black hole from the loss of tuition fees, and without government intervention, 300,000 jobs would go.

“International students subsidising research is a huge deal,” Hillman says. “What happens if all that goes? It’s quite simple. You do less research.”

Riordan agrees. “Universities are playing an absolutely pivotal role in the crisis, in understanding what is going on and developing routes out of it. Research is critical to that. But at the same time that research is being propped up by a revenue stream that is massively threatened by the virus.”

The most prestigious universities say they are being hit with a double whammy because they are the most dependent on international student fees, and also are doing far more research than other universities. Another Russell Group head says some members would need to take in “several thousand extra home students” to make up the lost revenue, “which they just can’t do”.

Simon Marginson, professor of higher education at the University of Oxford, says the extent to which international students support research is “not widely understood”.

Riordan says that there is “profound pessimism” in the big research universities about how the crisis could play out if the government fails to step in.

Universities UK is lobbying ministers for a multibillion bailout package to stave off financial disaster for many institutions. Among its requests is a plea for government to double research support funding from £2bn to £4bn a year, as well as providing extra assistance for universities relying on high numbers of international students.

One senior academic close to Westminster told the Guardian that any help from the government would almost certainly come with strings attached. One condition might be to push struggling modern universities at the bottom of the sector to shift towards shorter and cheaper vocational courses at pre-degree level. This would be controversial, moving back in the direction of the pre-1992 system, when there were polytechnics and universities.

Hillman, who used to be a government adviser, says: “There are definitely people in Whitehall who think that what should happen at the end of this crisis is a reshaped HE sector with some universities looking more like polys, with less emphasis on degrees.”

However, he says this would be a “dangerous” mistake because, although Britain is lagging behind countries such as Germany on vocational skills training, persuading more people to stay on and gain skills after GCSE should not mean depriving young people of the chance to get a degree.

“Many students in universities are doing vocational training anyway. They aren’t sitting around learning Latin, they are training to be pharmacists or nurses, and this crisis has shown us how important those advanced skills are.”

Before the coronavirus crisis, the Treasury was pushing for a student numbers cap to control spiralling costs of unpaid student loans. Now UUK is calling for a one-year cap, with institutions limited to recruiting no more than 5% more students.

The idea is that this would stop prestigious universities from hoovering up thousands more home students to compensate, with universities lower down the food chain struggling to fill places and facing ruin.

But Ian Dunn, provost at Coventry University, a modern university heavily reliant on international student recruitment, says institutions at the top may still increase their numbers significantly. “When we last had a cap in 2012 it was set at 1% of the last year’s intake. Now we are talking about 5%. If that is based on the optimistic projections that many institutions put forward, it could mean some places could still take 10 or 15% more students than last year.”

He says that if even 10 large universities at the top do this, that would have a big knock-on effect lower down the chain.

Riordan can understand the anxieties lower down the sector, but says: “If the outcome is that there isn’t enough money to support crucial research, then clearly everyone will try to get as many students as they can.”

Prof Anne Carlisle, vice-chancellor of Falmouth University, says that even though her university is not as reliant on international students as other institutions, it is bracing itself for an impact on recruitment. “We are still anticipating a scenario in which fewer UK students decide to enrol because of the uncertainty – though I feel the worst thing a student could do right now is defer, or not complete their degree, and join the unemployment queue.” 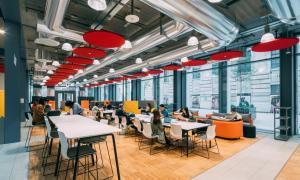 Read More
Written by Anna Fazackerley,
Source link: https://www.theguardian.com/education/2020/apr/24/loss-of-international-student-fees-could-decimate-uk-research
Previous Next
Upnext in
Disclaimer UniAgents does not author any news or content in this section. We aggregate News Headlines, Summary, and Content from over 700 sources, explicitly listed in every article/page. Users can visit the sources for full articles and more local news. The sole aim is to aggregate education news from around the world so they can be categorised and the user can have a personalised experience. In some cases, the original article has news in native language but listing on UniAgents for each article is done in English. There are no copyright infringements, as we do not claim to produce any content mentioned on this page, all relevant sources are mentioned. For any clarifications, do not hesitate to contact us.