Go Back to the List March 31, 2019
Registration Opens in Egypt for German International University of Applied Sciences

Speaking at a press conference held at the German University in Berlin in the presence of Badr Abdelaaty, Ambassador of Egypt in Germany, Knaut said the expenses of the university will range between LE130,000 and 150,000 Egyptian, which is moderate compared to the real cost of this type of German education.

Ashraf Mansour, partner in the new project and Chairman of the Board of Trustees of the German University in Cairo and representative of the German Universities Alliance, thanked the political leadership in Egypt and the Minister of Higher Education Khalid Abdel Ghaffar for their role during the last period. Mansour said that the German University of Applies Sciences is dealing with the impossible to make the future, adding that the goal is to teach students to be involved in solving problems facing society through scientific solutions on the ground.

He pointed out that the German University in Cairo and the German International University in the administrative capital are the first two types of German higher education outside the German border, reflecting Germany’s confidence in Egypt.

Abdelaaty said that the establishment of the German Applied International University in the new administrative capital is the most important outcome of President Abdel Fattah al-Sisi’s recent visits to Germany, coming in line with his directives to improve the quality of Egyptian education through partnership with major international universities. 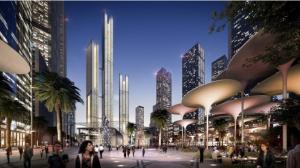 Read More
Written by Al-Masry Al-Youm,
Source link: https://ww.egyptindependent.com/registration-opens-in-egypt-for-german-international-university-of-applied-sciences/
Previous Next
Upnext in
Disclaimer UniAgents does not author any news or content in this section. We aggregate News Headlines, Summary, and Content from over 700 sources, explicitly listed in every article/page. Users can visit the sources for full articles and more local news. The sole aim is to aggregate education news from around the world so they can be categorised and the user can have a personalised experience. In some cases, the original article has news in native language but listing on UniAgents for each article is done in English. There are no copyright infringements, as we do not claim to produce any content mentioned on this page, all relevant sources are mentioned. For any clarifications, do not hesitate to contact us.