Go Back to the List April 02, 2019
First global Impact Ranking of Universities Released

The ranking offers new insights on universities’ work towards gender equality, climate action and sustainable cities and communities, among other areas.

According to THE, the 12 league tables – including an overall ranking and 11 tables on individual SDGs – feature 551 universities from 80 countries across 17 regions and six continents.

Japan is the most-represented country of the 76 nations represented in the overall ranking, followed by the United States and Russia. The main ranking includes 462 universities.

But Canada, Ireland and Australia are the top countries based on average overall scores.

The metrics include universities’ policies on academic freedom, their use of secure employment contracts and their share of senior female academic staff. The THE claimed this is the world’s first global attempt to document evidence of higher education impact.

Phil Baty, chief knowledge officer at THE, said the rankings “offer a new way of defining excellence – an assessment that captures unique new insights on the impact institutions have on society, against their own unique missions, not just their research and teaching performance”.

Ellie Bothwell, global rankings editor at THE, said the rankings "recognise the fantastic work that universities do for the good of society to tackle some of our most pressing global issues – work that often goes unrecognised and undocumented". She said the results “shake up our very notion of what excellence looks like – universities in New Zealand, Canada and the UK sit alongside those in Iran, Malaysia and Saudi Arabia in these pioneering and truly global new rankings".

Universities had to actively volunteer and share an extensive range of data to be ranked.

The ranking – which is open to all accredited universities teaching undergraduates – was launched at the THE Innovation and Impact Summit at the Korea Advanced Institute of Science and Technology in South Korea.

University of Auckland Vice-Chancellor Professor Stuart McCutcheon said he is delighted that his university’s work in this area has been acknowledged internationally.

“I’m proud that policies that are entrenched within the way this university operates have been recognised, particularly across areas of equity, of staff and student wellness, and in our academic programmes including in health-related fields.

“We are fortunate that we operate in a legislative environment established by successive New Zealand governments that supports these workplace practices.

“On top of this sits our own solid and innovative work that aligns with the UN goals and which is carried out across the university. Some of this is initiated in areas such as our Equity Office and across pro vice-chancellor portfolios, and there is shared implementation with faculties and divisions such as Campus Life. Our policies are adhered to – we walk the talk.” The UN’s Sustainable Development Goals were developed and agreed to by 194 nation states, providing an internationally recognised framework for achieving sustainable development.

“Universities have an important role to play in generating the knowledge and capacity necessary to achieve these objectives,“ McCutcheon said.

“Correspondingly, they are valuable to universities because they enable us to frame our research, teaching, operations, capacity building, networks and partnerships in a way that enables the contributions we make to be universally recognised and understood.”
Second-placed McMaster University said it had been recognised for its deep commitment to the development goals, including good health and well-being, decent work and economic growth, building sustainable cities and communities, achieving gender equity and revitalising global partnerships.

McMaster University’s President, Patrick Deane, said: “We are a global university and it is our responsibility to find ways to help people and our societies improve and benefit from research and education.”
“We need our world to be more sustainable, more diverse, with less poverty and more opportunity. The United Nations’ SDGs give us a framework that supports these goals and an impetus to focus our collective efforts,” he says.

Japan leads the main ranking based on overall representation, with 41 ranked institutions, while the US has 31 and Russia has 30.

However, when countries are ranked based on their institutions’ average overall scores, Canada comes top with an average total score of 86.6 out of 100. It is followed by the Republic of Ireland and Australia, with average overall scores of 85.1 and 81.6 respectively. The analysis excluded nations with fewer than five universities in the ranking.

Dr Joanna Newman, chief executive and secretary general of the Association of Commonwealth Universities (ACU), welcomed the new ranking at the International Higher Education Forum in London on 27 March. She said the ACU, a network of 530 Commonwealth higher education institutions with 66% of its members in low- and middle-income countries around the world, had been involved in talks with THE on the new rankings.

She said: “I think it is a mixed thing. In some ways drawing attention to the SDGs is a good thing, but rankings are a very blunt instrument that miss out on a lot. Most of our institutions won’t be able to be part of the rankings and it is far too early to check how the information is being used.” She hoped the impact rankings would give greater prestige to applied research that is helping to tackle social and economic problems in the field rather than just awarding academics for high citations in their chosen field of research.
Professor Richard Follett, deputy pro-vice-chancellor (international) at the University of Sussex, the world's leading university on development studies, said: “At the very least the new Times Higher Education impact rankings will raise the issue in the mind’s eye of the universities and where the outreach component is perhaps not necessarily so embedded in our own institutional vision. I think that’s a positive.”
He suggested the best way forward would be to align the higher education systems with sustainable development goals rather than just push for change from the bottom-up.

Rankings' methodology
The ranking assesses universities on metrics that are based on 11 of the 17 UN SDGs. Data were collected from universities and Elsevier and the metrics were developed in partnership with Vertigo Ventures.
The initiative – which Bothwell said will remain subject to ongoing consultative discussion – is expected to develop over time, with a long-term objective to recognise performance against all 17 SDGs.
There are also 11 tables on the universities that perform best against 11 individual SDGs.

The 11 SDGs included are:

Baty said: “This new exercise puts all universities on a level playing field, as reflected in the results which includes all types of institutions, from big name research powerhouses to local institutions in developing countries that have never before engaged in global rankings.” 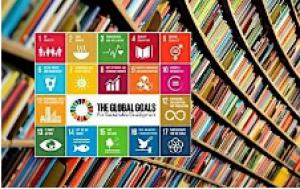 Read More
Written by Brendan O'Malley and Nic Mitchell,
Source link: https://www.universityworldnews.com/post.php?story=20190404190925308
Previous Next
Upnext in
Disclaimer UniAgents does not author any news or content in this section. We aggregate News Headlines, Summary, and Content from over 700 sources, explicitly listed in every article/page. Users can visit the sources for full articles and more local news. The sole aim is to aggregate education news from around the world so they can be categorised and the user can have a personalised experience. In some cases, the original article has news in native language but listing on UniAgents for each article is done in English. There are no copyright infringements, as we do not claim to produce any content mentioned on this page, all relevant sources are mentioned. For any clarifications, do not hesitate to contact us.