Ten years after Rwanda introduced a student loan scheme, only 85 students or 0.1% of beneficiaries have repaid their loans, leaving the state to recover the balance disbursed to over 94,000 students.

The student loan scheme was created in the 1980s and benefited thousands of the nation’s people, who signed a contract to pay back the loan, but the process to recover the money only started in 2009 in order for the government to be able to finance studies for the current generation.

The fund has been under the management of multiple institutions, such as the Ministry of Education, Rwanda Education Board and the now-defunct Student Financing Agency of Rwanda. In 2015 the government tasked the Development Bank of Rwanda (BRD) to recover the loans.

In terms of the process adopted by the bank, a monthly deduction of 11% of gross salary is made until the beneficiary completes payment, according to the bank’s information.

Since the fund started, RWF188 billion (US$206 million) has been disbursed, according to Emmanuel Murangayisa, the senior manager for the Education Financing Department at BRD.

According to the bank, of 94,000 former beneficiaries, only 85 have completed paying their loans, representing less than 0.1%. The law establishing the fund's management waives the loan for the deceased or the disabled.

Murangayisa said the government is faced with a variety of challenges over and above the fact that the country's general unemployment rate is at 16% while youth unemployment is at 21% as of August 2018, according to the National Institute of Statistics of Rwanda.

"The biggest challenge is lack of disclosure by those who benefited from the scheme and a declaration of indebtedness by either the beneficiaries themselves or their employers," he said.

"The most important step is to know who benefited from the scheme and timely declaration by beneficiaries or their employers," said Murangayisa.

Because declaration by employees who join the labor market is failing to yield results due to the fact that many are self-employed or are in the private sector, the bank is looking for new ways to recover the money.

BRD is also pondering how best beneficiaries who do not have stable incomes or who have part-time jobs can repay the loans.

"Indeed the bank is aware of such clients and we're exploring other payment options, especially discussing with each loan beneficiary a repayment schedule aligned to their income," Murangayisa said.

The bank said it intends to use financial management information systems to ensure it is able to track payments in a sustainable way and is open to using mobile money options and other innovative methods to facilitate the recovery process.

What do beneficiaries say?

Beneficiaries of the scheme say they are ready to service their loans but there is a need for more flexible payment options.

One beneficiary who is yet to service his loan said he was in favor of salary deductions, but such deductions should be reduced from 11% and should apply to everyone.

"Paying is good and it is our responsibility, but it is not clear how some people are paying while others are not. Besides, the payment model is not realistic as currently, they cut [too] much money from salaries. It should be about 5%,” he said.

Murangayisa said that the bank was looking to create strategic partnerships with institutions to address the failure of employers to identify beneficiaries and deduct their repayments from salaries.

The bank said it will be engaging members of the Private Sector Federation (PSF) to collaborate as a large number of beneficiaries are employed in the private sector.

PSF Chairperson Robert Bafakulera said the federation is ready to work with the bank if it approaches them, but so far nothing significant has been done on the matter.

"We are ready to partner with BRD but it has not yet involved us. If they have realized that some employers in the private sector are not engaging their employees in repaying the loan, we are ready to investigate and study how best to fix it," he said. 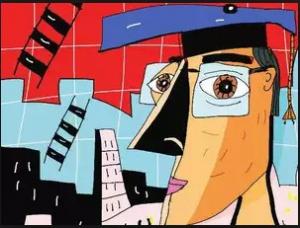 Read More
Written by Jean dâ€™Amour Mbonyinshuti,
Source link: https://www.universityworldnews.com/post.php?story=20190624074939727 | https://www.google.com/search?q=Government+seeks+new+approaches+to+student+loan+recovery&rlz=1C1CHBD_enIN817IN817&source=lnms&tbm=isch&sa=X&ved=0ahUKEwiN7Na67ZjjAhVSXn0KHRpnAYsQ_AUIESgC&biw=1360&bih=592#imgrc=FRQCus86ptZ_QM:
Previous Next
Upnext in
Disclaimer UniAgents does not author any news or content in this section. We aggregate News Headlines, Summary, and Content from over 700 sources, explicitly listed in every article/page. Users can visit the sources for full articles and more local news. The sole aim is to aggregate education news from around the world so they can be categorised and the user can have a personalised experience. In some cases, the original article has news in native language but listing on UniAgents for each article is done in English. There are no copyright infringements, as we do not claim to produce any content mentioned on this page, all relevant sources are mentioned. For any clarifications, do not hesitate to contact us.