Go Back to the List April 13, 2019
New Silk Road opportunities are high on EU and HE agenda

The local context of Brexit is an awful situation for United Kingdom higher education to find itself in; it’s one from which its global reputation “is already suffering”, Marijk van der Wende warned the fourth annual conference of the Centre for Global Higher Education (CGHE) at the UCL Institute of Education in London on 3 April.

But it could easily be put in perspective, from a European point of view, by taking a look at the Dutch media’s coverage of international affairs on just one recent day. The date was 23 March, six days before the UK was due to leave the European Union, with MPs still seemingly incapable of agreeing on an alternative to an economically disastrous no-deal Brexit.

Instead of blanket coverage of Brexit as has been occurring in the UK, the focus was on Italy’s US$1 billion New Silk Road deal with China, Luxembourg’s deal with China, the United States’ concern about alleged cybersecurity threats involving Chinese technology giant Huawei, and EU leaders’ talks about terms and conditions for cooperation with China.

“Dealing with China is a top priority for the EU, not only because it has become a major competitor but also because the EU has become aware of the impact of China’s New Silk Road or One Belt, One Road initiative,” Van der Wende said.

While there is concern about China’s investment creating new dependencies, especially in Central, Eastern and Southern Europe, the EU is also aware of the huge opportunities the New Silk Road (NSR) initiative represents – for instance with both the Netherlands and Germany thinking they will become the final destination on the NSR.

A keynote speaker at the CGHE conference, Van der Wende was introduced as a “truly global scholar on the impact of internationalisation on higher education”.

As a distinguished professor of higher education at Utrecht University in the Netherlands, an affiliate faculty and research associate at the Center for Studies in Higher Education at the University of California, Berkeley in the United States, and a guest professor at Shanghai Jiao Tong University, China, she provided a rich perspective on the “new realities for higher education in a changing global context” but stressed that she was speaking from a European perspective.

China’s influence on the world stage is growing, she explained. At a time when US President Donald Trump and the US right are attacking multilateralism, Van der Wende said, China’s president attended the Global Governance Forum in Paris on 26 March and raised concern about rising anti-globalisation and protectionism and confirmed the importance of multilateralism, pledging to uphold and jointly reform frameworks such as the World Trade Organization rules.

“China is on a mission to boost globalisation, on its terms, but also to boost regional integration in Asia and across the Eurasian continent,” Van der Wende said.

She said favourable times for internationalisation of higher education are characterised by multilateral economics and politics, regional integration, the knowledge economy paradigm and liberal values of an open society.

But as the US is turning away from multilateralism and the UK from regional European integration, the question is: “Should we now see our relations with China in the light of a partnership that is essential to sustain and reform global institutions that support multilateralism?”

Her answer was emphatic. “I think it would be good to have China on our side in defence of multilateralism, trade and open borders, and for peace and climate change as well.”

She said, however, that it is hard to tell how “globalisation with China’s characteristics” will align with issues of human rights, rule of law and civil society.

But she did know that it would be a very good idea to undertake a research project on the NSR initiative and the implications for higher education and research cooperation between China and Europe.

She said research she conducted at Shanghai Jai Tong University with Harvard University had come to the conclusion that it is time to see China not just as a follower but “more, perhaps, as a potential leader”.

Therefore, it is important, she said, to try to understand the impact of the NSR initiative on higher education cooperation, something she is trying to do via a project launched in Utrecht in 2018.

“I am interested in understanding better what is happening along the NSR in terms of student and researcher mobility, ideas travelling along it. I am interested in looking at what higher education institutions do collaboratively or on their own and analysing under which conditions this is happening and who defines those conditions, on which values or whose values: what is the idea of the university, of research, of academic integration?

“China’s rise is one of the most important geopolitical [trends] in this period and it will have its impact, not least because of its size – and we need to understand globalisation and different perspectives better.”

Van der Wende cited data, albeit including large numbers of non-degree students, showing that there is bigger growth in foreign student enrolment in developing countries than OECD countries, with a great shift in Asia, particularly in NSR countries.

Similarly, in research, China is making huge commitments, with data showing spending on R&D bypassing the share of gross domestic product spent on R&D in the EU since 2014. “China has the second largest pool of researchers and has bypassed the US in scientific output.”

In some STEM (science, technology, engineering and mathematics) research subjects, it ranks not only number one in the world but has 20 out of 50 top places, she said.

Analysis shows that over the past 40 years cooperation between the EU and China in higher education and research has become closer and more intense and aimed at “more cooperation and aiming towards common global goals”.

“China has developed at a great pace from a developing country to partner and even to competitor of the EU in specialist knowledge areas and this cooperation is becoming more strategic and more complex,” Van der Wende said. But becoming a competitor does not exclude global cooperation towards common goals such as the United Nations’ Sustainable Development Goals.

“And cooperation as designed in the latest EU-China roadmap is geared to global challenges such as sustainable energies, food technology and environmental management,” she said.

But these plans do not so far cover other areas of high potential in the next decade, such as advanced computing, data science, robotics and artificial intelligence, areas in which China wants to become world leader by 2030.

Convergence is less obvious on conditions for data privacy and data sharing, since all science data in China must be submitted to government-sanctioned data centres before appearing in publications.

“This is in contrast to the EU’s promotion of open access, open science, and feeds into concerns about mutual academic integrity and academic freedom.”

The EU is more open, she said – Horizon 2020 is open to the world including China, and so is Erasmus+, the staff and student exchange and study or work abroad programme.

In fact, convergence is much less obvious in education. “Not only is EU-China cooperation in this area less balanced than in research, but China seems to unilaterally tighten its conditions for such cooperation.”

Nevertheless, a lot of new alliances are emerging in higher education related to the NSR initiative, such as the University Alliance of the Silk Road with 128 universities.

“They seem to be underlining a growing preference for a more eastern orientation, or perhaps for a cooperation approach with Chinese characteristics,” Van der Wende said.

There is also a persistent imbalance in flows of students, researchers, grants and money, with a strong bias towards STEM.

Horizon 2020 co-publication between China and EU is 90% STEM subjects, for instance. “The relationship has evolved with great speed from aid to cooperation to competition in line with China’s development from the workshop of the West and a country from which certain countries want to recruit a lot of fully paid up Chinese students, to ‘China 2025’.

“This implies that those who want to undertake foreign investment in China have to realise that China is not anymore the workshop of the world from which you can recruit all those students, but they will be expected to contribute to China’s aim of moving from ‘Made in China’ to ‘Created in China’,” she said.

Her advice to those thinking of cooperating with China was to “keep collaborating but don’t be naïve”.

She said you have to expect an imbalanced focus on STEM and you can’t bank on relaxation anytime soon of oversight of foreign activities, regulation of foreign NGOs or classroom censoring of discussion of Western values.

“Cooperation needs to be more strategic in actual use of the knowledge acquired and developed and that includes dual use; who is studying here, who is studying there, with whom do we cooperate on research, and what is the research going to be used for – military or civilian [interests] or both?”

She said clear guidelines need to be developed in data management, codes of conduct, research integrity and ethics in line with international standards and equal conditions.

In a warning that will not be lost on hosts who are still facing potential exit from the EU in a matter of weeks or months, Van der Wende pointed out that there is a huge advantage in addressing these problems as a member of the EU.

“It is important to realise that the EU is the only actor able to deal with China because individual European countries are too small to achieve a more balanced relationship and cooperate on equal terms in these areas.”

However, she also warned that the EU is hindered in dealing with China by its own internal concerns, to do with anti-global sentiment, nationalist, protectionist, polarising tendencies that have emerged, not just in the UK, but across many European countries. 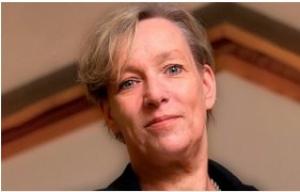 Read More
Written by Brendan Oâ€™Malley,
Source link: https://www.universityworldnews.com/post.php?story=20190413062445928
Previous Next
Upnext in
Disclaimer UniAgents does not author any news or content in this section. We aggregate News Headlines, Summary, and Content from over 700 sources, explicitly listed in every article/page. Users can visit the sources for full articles and more local news. The sole aim is to aggregate education news from around the world so they can be categorised and the user can have a personalised experience. In some cases, the original article has news in native language but listing on UniAgents for each article is done in English. There are no copyright infringements, as we do not claim to produce any content mentioned on this page, all relevant sources are mentioned. For any clarifications, do not hesitate to contact us.