Go Back to the List April 07, 2019
University cheaters would face two years' jail or big fines under Coalition plan

University cheaters risk two years in jail or hundreds of thousands of dollars in fines under a future Morrison government, the education minister, Dan Tehan, warned. Under new legislation Tehan wants to introduce, “anyone who helps students cheat through their university exams or during the writing of essays will face stiff penalties”, including up to two years imprisonment and fines of up to $210,000. Australian universities identified “contract cheating”, where students outsource university work and assessments, usually through overseas-based websites, as an emerging issue over the last few years, with a recent survey finding almost 70% of academics suspected their students were cheating or availing themselves of online cheating services. “We will also take action to ensure that those online providers of cheating will be dealt with as well,” Tehan said. But the government jurisdiction only goes so far, meaning targeting overseas websites becomes less of a punitive exercise and more one of track and block.

“We are going to use blocking to make sure that they can not provide those services,” Tehan said. “And those that are here and operating in Australia, understand that we will come after you. Because it is simply not fair for all those students who do the work themselves, who study hard, that they are facing competition from others who use online cheating services.” The government would have to win the next election to introduce the legislation, with the announcement coming too late to make the current parliamentary schedule, given an election must be held by the end of May, with a minimum 33-day campaign. Contract cheating is not new. In 2014, an essay ghostwriting service targeting Chinese students studying in Australia made headlines, which led to some students being expelled from their universities. Tehan said the legislation was aimed at keeping the playing field level. “They [the penalties] are not heavy handed,” he said. “We have to make sure that all hardworking students, who do the work, who do the hard yards, don’t face competition from students who use cheating services. “And what we have seen, is there are quite sophisticated cheating services which are being provided. If you are a cheating service, understand now, you are going to face the full force of the law if you provide those services in Australia.” 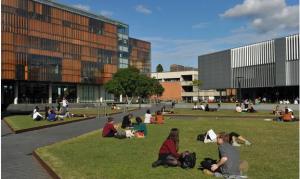 Read More
Written by Amy Remeikis,
Source link: https://www.theguardian.com/australia-news/2019/apr/07/university-cheaters-would-face-two-years-jail-or-big-fines-under-coalition-plan | https://www.theguardian.com/australia-news/2019/apr/07/university-cheaters-would-face-two-years-jail-or-big-fines-under-coalition-plan
Previous Next
Upnext in
Disclaimer UniAgents does not author any news or content in this section. We aggregate News Headlines, Summary, and Content from over 700 sources, explicitly listed in every article/page. Users can visit the sources for full articles and more local news. The sole aim is to aggregate education news from around the world so they can be categorised and the user can have a personalised experience. In some cases, the original article has news in native language but listing on UniAgents for each article is done in English. There are no copyright infringements, as we do not claim to produce any content mentioned on this page, all relevant sources are mentioned. For any clarifications, do not hesitate to contact us.