So the proposal represented a "radical departure in federal policy towards international education”.

The FT reported that during discussions about how to combat Chinese spying, Stephen Miller, a White House official who had been instrumental in developing the administration’s hardline immigration policies, pressed the US president and other officials in the administration to block student visas for Chinese nationals.

The proposal had emerged in response to a new national security strategy released in December which called for a review of visa procedures to “reduce economic theft by non-traditional intelligence collectors”.

But according to the FT, Miller also argued for it on the grounds that it would hurt elite universities whose staff and students have been highly critical of President Donald Trump.

The plan was shelved after US ambassador to China Terry Branstad, a former governor of Iowa, warned that the plan would hit smaller colleges much harder than the leading universities; and after US embassy officials in China warned that most US states benefit economically from the spending of Chinese students.
Hartle told University World News it was fortunate that cool heads prevailed in the White House and the president was not persuaded, but in in one sense it is not surprising that blocking the entry of international students has been raised along with similar questions about an array of visitors to the US, including tourists and refugees.

“This is an administration that very much wants to tighten access to the US,” Hartle said, “In some cases [the proposals] are a radical break from past practice. To date they have not been put in place, but obviously there is a vocal component that thinks they should be.” 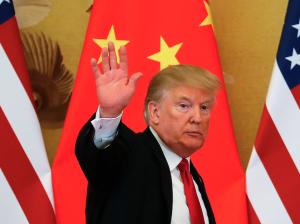 Read More
Written by Brendan O'Malley,
Source link: http://www.universityworldnews.com/article.php?story=20181004180117952
Previous Next
Upnext in
Disclaimer UniAgents does not author any news or content in this section. We aggregate News Headlines, Summary, and Content from over 700 sources, explicitly listed in every article/page. Users can visit the sources for full articles and more local news. The sole aim is to aggregate education news from around the world so they can be categorised and the user can have a personalised experience. In some cases, the original article has news in native language but listing on UniAgents for each article is done in English. There are no copyright infringements, as we do not claim to produce any content mentioned on this page, all relevant sources are mentioned. For any clarifications, do not hesitate to contact us.