Almost 100 bank accounts, mainly held by overseas students studying in the United Kingdom, are being frozen by the UK’s National Crime Agency, as they are suspected of being part of money laundering activities. The students affected are mostly from China.

The 95 accounts, which will be subject to account freezing orders to magistrates’ courts in the UK, contain an estimated £3.5 million (US$4.6 million) that “is suspected to be either the proceeds of crime or intended to be used for criminal purposes”, the agency’s National Economic Crime Centre (NECC), which deals with financial fraud and money laundering, said in a statement issued this week.

It added that “officers from the NECC assess that the students are likely to have been targeted by organised crime groups, specifically to launder the proceeds of crime”.

“The accounts are held mainly by overseas students studying in the UK who may be unaware that operating a bank account in this manner is potentially illegal,” the NECC said, adding that the accounts were identified by a bank as part of the bank’s own anti-money laundering processes.

The bank has been identified as Barclays, which the agency said had cooperated fully with the investigation. Crime officials said that in many cases very large numbers of small transactions had passed through accounts in a short period which had alerted the bank to contact the financial crime authorities.

The crime agency “has clearly taken the strategic view that this is a population that needs to have a message sent to it,” said Michael Levi, criminology professor at Cardiff University in Wales, an expert on money laundering.

“Students see this as a relatively risk-free activity and this highlights that there is a risk because you can get blacklisted, or prosecuted or your assets frozen,” Levi told University World News.

While it was unusual to freeze student accounts, “there has been a long-term trend towards criminals using money ‘mules’ to launder or process money through accounts to help corrupt officials, international fraudsters and drug dealers, and finding students to run money through accounts has been one of the methods that has been used to facilitate crime,” he says.

Even if students are not necessarily channelling dubious money for offenders, the authorities want to flag up that “it’s a criminal offence if university fees come from the proceeds of crime and corruption,” Levi added.

Anti-corruption groups including Transparency International have long warned that proceeds of corruption are often paid in the form of school and university fees as a way of laundering the money, or as philanthropic and other donations to institutions.

Ben Cowdock, senior researcher at Transparency International UK, said: “Universities are just as exposed as others offering high value services to wealth from suspicious origins, with criminals seeking to target education providers in order to cleanse their reputations. Sending their children to prestigious institutions gives corrupt individuals an opportunity to embed their families into society’s elite.”

“It is important that universities, banks and the government work together to counter this threat, seeking to identify suspicious clients with wealth from dubious origins and reporting these instances to the police when they do occur.”

The Chinese embassy in London, in a statement on its website on Wednesday, said it was “seeking verification” of the reports.

The embassy said several Chinese students had asked them for help as their bank accounts were frozen after they privately exchanged money through WeChat, which could violate both UK and Chinese laws.

WeChat is a multipurpose messaging, social media and mobile payments app that is widely used in China for all kinds of transactions. Its rates are lower than bank rates and there are no service charges.

A Chinese student surnamed Chen, who graduated from the University of Leeds, told China’s official Global Times newspaper on Wednesday he had privately exchanged a total of CNY200,000 (US$29,800) to pounds sterling through WeChat.

“The Chinese embassy in the UK has consistently advised Chinese citizens to abide by the laws of the two countries and urged the British side to handle relevant cases fairly in accordance with the law and to safeguard the legitimate rights and interests of Chinese citizens,” the embassy said in its statement.

The students whose accounts are being frozen are themselves not being accused of any crime so far. “In some cases students involved may not have full knowledge of the scale and seriousness of the crimes committed,” the crime agency said.

But it noted some international students are more at risk because of banking restrictions at home that can limit personal foreign exchange transactions – this is the case with China where there are restrictions on taking money abroad.

“Criminals will seek to circumvent those controls by taking advantage of legitimate routes for sending money overseas,” the agency said.

This can include using the legitimate accounts of students studying abroad. The agency said, for example, that “international transfers from China were declared as financial support to an overseas student but then used by criminals for non-student related activities”.

It added that the “funds sent to the accounts were used to buy goods which were exported to China, without any connection between the party ordering the goods and the source of the funds into the account”.

Court hearings have already begun for some Chinese students whose accounts have been frozen for 6-12 months “pending investigations”. Lawyers representing the students said that this was too long to freeze accounts that could be completely legitimate and that investigations needed to be completed within weeks rather than months.

Some students whose accounts are being frozen have already graduated and left the UK. 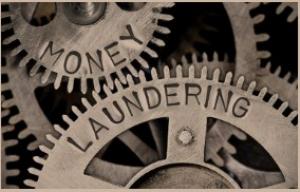 Read More
Written by Yojana Sharma,
Source link: https://www.universityworldnews.com/post.php?story=20190307200521986
Previous Next
Upnext in
Disclaimer UniAgents does not author any news or content in this section. We aggregate News Headlines, Summary, and Content from over 700 sources, explicitly listed in every article/page. Users can visit the sources for full articles and more local news. The sole aim is to aggregate education news from around the world so they can be categorised and the user can have a personalised experience. In some cases, the original article has news in native language but listing on UniAgents for each article is done in English. There are no copyright infringements, as we do not claim to produce any content mentioned on this page, all relevant sources are mentioned. For any clarifications, do not hesitate to contact us.