Go Back to the List February 25, 2020
Academics Refused Permanent UK Visas Because of Field Trips Abroad

When Dr Nazia Hussein spent six months researching class and gender identity in Bangladesh for her PhD at Warwick University in 2009, she had no idea that, a decade later, the Home Office would use this to refuse her application for permanent residency.

Hussein, a Bangladeshi expert on gender, race, and religion, now a lecturer at the University of Bristol, was “absolutely shocked” when her application for indefinite leave to remain (ILR) was rejected last year on the grounds that she had spent too many days out of the country during the 10-year application period. This was despite the fact she had submitted clear evidence that her PhD research constituted essential fieldwork and unavoidable and legitimate absence. Hussein’s husband had been granted a ILR visa, which had allowed their three-year-old daughter to get a British passport, so after a decade in UK universities it hadn’t occurred to Hussein she might be rejected.
“In their letter the Home Office said I am very qualified and could easily settle back in Bangladesh. They are right that I am very qualified, but I have chosen to be in this country,” she says. “My qualifications are from this country and I have spent the last 10 years teaching young people in this country.”
In January Boris Johnson announced a new global talent visa for top researchers and their teams, declaring post-Brexit Britain “open to the most talented minds in the world”. But academics are warning that the Home Office’s aggressive application of immigration rules will put off overseas researchers from coming to the UK.
Hussein’s experience is not an isolated one. In November, Dr Asiya Islam, a widely respected Indian sociologist at Cambridge University, learned that her ILR had been refused, again after a decade researching in the UK, and for the same reason. The Home Office told her she had spent too many days out of Britain, even though Cambridge had supported her claim that she needed to spend a year in Delhi for her Ph.D. research.

Islam’s case has enraged fellow academics, who say the Home Office doesn’t understand how research works. Two thousand university staff, including 183 professors, signed a letter protesting at her treatment. However, this is not a new trend. The Guardian has learned that in 2018 the Home Office refused an ILR to Dr Elsa Zekeng, a Liverpool University researcher from Cameroon, because of six weeks she had spent volunteering with Ebola patients in Guinea in 2015 – for which she was awarded a Queen’s medal – and time spent in South Africa collecting samples for her PhD on infectious diseases. She appealed and a judge overturned the decision.

Jo Grady, general secretary of the University and College Union, says: “It is ludicrous that legitimate research activity is causing migrant staff to be refused leave to remain in the UK. The restrictive rules around overseas travel are totally arbitrary.”Hussein’s PhD supervisor, Prof Christina Hughes, interim deputy vice-chancellor at the University of Kent, said the fieldwork in Bangladesh was important. “Dr Hussein was finding new evidence that challenges the stereotypes of the Bangladeshi woman,” she says. “This sort of empirical investigation gives us a more highly developed understanding of women’s changing economic and social situations globally. And importantly, it provides evidence for challenging racism.” Like other academics who know Hussein, Prof Hughes is angry about her treatment and worried about its implications for research in the UK. “She is a phenomenal researcher with a tremendous commitment to making the world a better place.”
Prof Therese O’Toole, director of research in Bristol’s school of sociology, politics and international studies, says Hussein is leading a foundation course to bring more disadvantaged students into the school, as well as working closely with women’s groups to challenge negative representations of Muslim women. “This government says we are globally open and receptive. But for really great researchers like Nazia to build their lives here and then find all these obstacles thrown in their way sends out entirely the wrong message,” she says. Hussein says she decided against appealing the Home Office decision because her solicitor warned her that, even though she had a really strong case, the appeal could take so long she risked overstaying her visa and would be unable to work.“Jobs in academia are not easy to get, and I didn’t want to lose my job,” she says. “And I was really scared. If the appeal went wrong would I have to leave the country? My daughter is here and when I got the letter she was only three.”
She has now been granted a two-year dependent visa, which she applied for on the back of her husband’s residency. In the last year alone the family has spent more than £11,000 in immigration fees.“The amount of money we’ve spent on visas and the NHS surcharge while we have been here, we could have bought a house instead. That certainly seems a long way off for us now,” she says. “You can’t really plan for the future when you are living in a state of constant uncertainty.”

Meanwhile, Zekeng, who now works in industry as well as running an app aimed at reducing unconscious bias in recruitment, says she, too, was horrified to discover her fieldwork had counted against her. 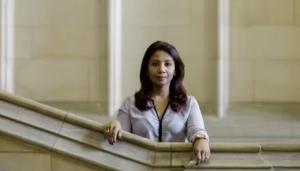 Read More
Written by Anna Fazackerley,
Source link: https://www.theguardian.com/education/2020/feb/25/academics-refused-permanent-uk-visas-because-of-field-trips-abroad?CMP=share_btn_fb&fbclid=IwAR0sy86bl4SpxfrxoFMdJNJbd9r1vIV2BwSLCQ70nuDYLTbKCvtGSFzH2ng
Previous Next
Upnext in
Disclaimer UniAgents does not author any news or content in this section. We aggregate News Headlines, Summary, and Content from over 700 sources, explicitly listed in every article/page. Users can visit the sources for full articles and more local news. The sole aim is to aggregate education news from around the world so they can be categorised and the user can have a personalised experience. In some cases, the original article has news in native language but listing on UniAgents for each article is done in English. There are no copyright infringements, as we do not claim to produce any content mentioned on this page, all relevant sources are mentioned. For any clarifications, do not hesitate to contact us.