Go Back to the List October 03, 2018
Studying in the UK as an EU student could get a lot pricier after Brexit

British Prime Minister Theresa May announced on Tuesday that the UK had no plans to limit student visas post-Brexit, but European students wishing to enrol in British universities could still face a massive increase in tuition fees. At the moment, EU students are considered "Home" students in every part of the UK and are, as such, exempt from higher fees levied on international students — instead they pay the same as their British counterparts. Higher education is a prized sector for the UK with British universities regularly topping world rankings. Most institutions — fearful that the country's exit from the 28-country bloc could severely impact their ability to attract students and staff — have been calling on the government to clear up uncertainty. May sought to assuage some of these fears on Tuesday, assuring the sector and prospective overseas students that there would be no cap on student visas, meaning an increase in foreign students studying in the UK is to be expected The government had also previously announced that EU students' tuition fees for the 2019 school year would not be increased despite the country formally exiting the EU several months prior. But there have been no words yet on what happens beyond the 2019-2020 academic year, and many fear that a no-deal exit could see EU students subjected to the same, higher, fees as international students. With the possibility of EU students paying the same as their international counterparts in he near future, Euronews compares the different tuition fees for undergraduate studies across the UK. 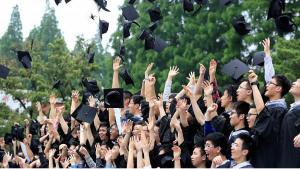 Read More
Written by Alice Tidey,
Source link: https://www.euronews.com/2018/10/03/studying-in-the-uk-as-an-eu-student-could-get-a-lot-pricier-after-brexit | https://www.euronews.com/2018/10/03/studying-in-the-uk-as-an-eu-student-could-get-a-lot-pricier-after-brexit
Previous Next
Upnext in
Disclaimer UniAgents does not author any news or content in this section. We aggregate News Headlines, Summary, and Content from over 700 sources, explicitly listed in every article/page. Users can visit the sources for full articles and more local news. The sole aim is to aggregate education news from around the world so they can be categorised and the user can have a personalised experience. In some cases, the original article has news in native language but listing on UniAgents for each article is done in English. There are no copyright infringements, as we do not claim to produce any content mentioned on this page, all relevant sources are mentioned. For any clarifications, do not hesitate to contact us.