Go Back to the List October 01, 2018
Foreign students up 4.5% in French tertiary institutions, figures reveal

There were 343,400 foreign students in the French higher education system, signalling a growth of 4.5% since 2016 according to figures released by the Ministry of Education.

The number of foreign students in tertiary education in France has grown 18% since 2012 and almost doubled between 2000 and 2017, the ministry document states.

"We are thrilled to see that French universities continue to attract many students coming from abroad and we hope that the trend will continue to grow,” Campus France’s director of communications Florent Bonaventure told The PIE News.

There are many factors behind the growth, Bonaventure explained. Beyond the quality of French higher education and its growing international reputation – and increased visibility in university rankings –  France has seen a rapid growth of English-taught programs and offers a cost-effective alternative to other destination countries, he said.

International students, Bonaventure explained, are treated the same as French or EU students, with the same fees, the same social security, and the same insurance regulations.

“France presents an alternative to the [Anglophone] model of higher education,” Bonaventure said.

“Education is of high quality, its research is known worldwide – see the Make our Planet Great Again program in natural science and climate change, for instance – and it is cheap for students as it is highly subsidised by the French state. France is also famous for its quality of life,”

According to the ministry figures, about half international students are from an African country, while 22% are from Europe ( 18% from the EU), 21% from the Asia-Pacific and 9% from the Americas.

All students who declared a nationality other than French are included in these figures, which include all foreign students already living in France, and also excludeS? exchange students.

Universities are by far the most popular institutions – that’s where over 70% of international students are enrolled, making up 14.6% of the student population.

The proportion of international students was shown to be varied across educational levels, though it was growing at postgraduate and doctorate level.

International students represent 11.6% of undergrad enrolments, 17% of master’s and 41% of doctorate level students.

The proportion of students who haven’t completed secondary education in France also grew: they make up 65.7% of international students at undergraduate level, 83% at postgraduate and 92% at doctorate level.

The most numerous nationality is Algeria, followed by Morocco and China – but while Algeria and Morocco register a strong growth from 2016, numbers from China are stagnating. There are slightly fewer students from Morocco and China in universities than in other tertiary education institutions.

Among European students, Italy is the most represented nationality, followed by Germany, Spain and Portugal.

In general, international students prefer literary disciplines (31.3%), followed by the sciences (29.1%) and economics (17.8%). Students from Africa show a slightly different trend, with most oriented towards the sciences (35.5%).

As for the future, Bonaventure said Campus France is planning on welcoming more students coming from Francophone countries, especially in Africa, and further promoting France as a study destination in non-Francophone countries, such as China, Vietnam, India, Brazil and African and Middle Eastern countries.

“Universities have developed many English taught programs tailored for them and students have the opportunity to learn French while in France,” he said. 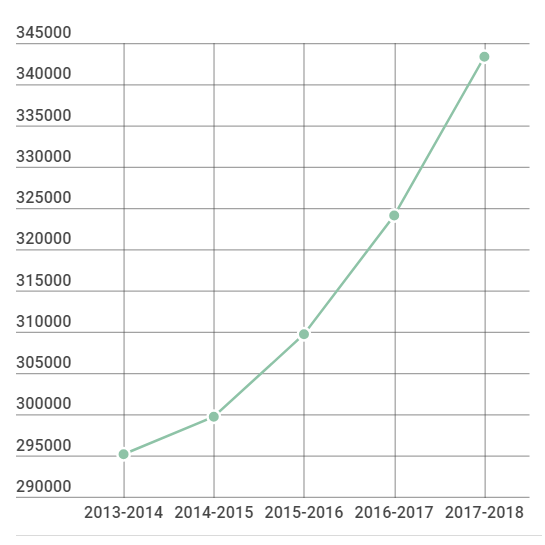 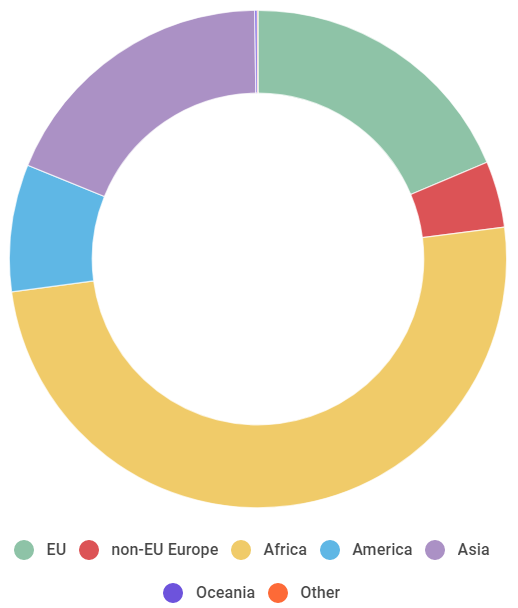 Read More
Written by Claudia Civinini,
Source link: https://thepienews.com/news/foreign-students-up-4-5-in-french-tertiary-institutions-figures-reveal/
Previous Next
Upnext in
Disclaimer UniAgents does not author any news or content in this section. We aggregate News Headlines, Summary, and Content from over 700 sources, explicitly listed in every article/page. Users can visit the sources for full articles and more local news. The sole aim is to aggregate education news from around the world so they can be categorised and the user can have a personalised experience. In some cases, the original article has news in native language but listing on UniAgents for each article is done in English. There are no copyright infringements, as we do not claim to produce any content mentioned on this page, all relevant sources are mentioned. For any clarifications, do not hesitate to contact us.