Go Back to the List September 19, 2019
Widening international participation is not just about numbers

Coming hard on the heels of the latest constitutional knife fighting over Brexit, the UK government’s announcement that post-study work visas are to be restored (even if it wasn’t clear exactly when) came as a rare breath of fresh air for universities.

After all, it is clear that the whole Brexit project is driven in large measure by antipathy towards immigration. Indeed, it is tempting to speculate that what reconciled Theresa May to a hard Brexit that she knew would be economically damaging was the opportunity to end unrestricted immigration from the European Union.

She, after all, was the home secretary who, in 2012, reduced post-study work visas from two years to four months, in pursuit of reducing net immigration to “the tens of thousands”. And she fiercely resisted calls to remove students from the figures, apparently driven by the false belief that many overstay their visas.

The UK is not the only country in which right-wing politicians have taken against international students. In the Netherlands, concerns have been expressed that internationalisation is undermining Dutch culture because it has involved the widespread adoption of English-language teaching. In response – as we reveal in this week’s news pages – the country’s centre-right government is proposing to make universities responsible for “facilitating foreign students’ acquisition of Dutch”.

Meanwhile, despite his enthusiasm for Brexit, Boris Johnson has been more positive about immigration than his predecessor. He has already jettisoned May’s target and committed to what his brother, Jo, during his brief reprise as universities minister, called “a fast-track visa route to attract the world’s finest minds”, including an abolition of the cap on Tier 1 Exceptional Talent visas and an accelerated path to settled status.

Announcing the extension of post-study work visas, business secretary and hard Brexiteer Andrea Leadsom said that the government hoped to increase the number of international students in the UK from 450,000 to 600,000 by 2030. “It is absolutely in the UK’s interest to attract the brightest and best from around the world,” she told BBC Radio 4.

It is this “brightest and best” mantra that the government sees as defining the UK’s post-Brexit approach to immigration. But are universities really focusing on drawing the brightest and best? After all, most students around the world couldn’t possibly afford the high fees that UK and other anglophone universities typically charge.

The common depiction of international student recruitment as a successful British “export industry”, generating an estimated £25 billion a year, will no doubt have stoked the business secretary’s enthusiasm. But universities’ overriding focus on ability to pay when it comes to international admissions does sit rather oddly with the great attention that they pay to widening participation domestically.

That attention is, of course, statutorily required in England, and it was noteworthy that the beginning of the Office for Students’ oversight of the issue earlier this month saw the universities of Oxford and Cambridge make bold pledges to halve the gaps in their entry rates between the most and least advantaged students over the next five years.

Fine, you might say. Egalitarianism begins at home, and if this is what it takes to maintain the UK’s research excellence with internationally low and flatlining levels of public investment then so be it. But, as Daniel Haydon, director of the Glasgow Centre for International Development at the University of Glasgow, wrote in THE last year, almost half the global population lives on less than $2.50 (£1.90) a day. “Universities must look beyond their short-term business models and find a way to unlock this vast resource of talent” if they really want to attract the brightest and best, he argues.

The UK is not alone in its selective focus on equity. In France, government proposals, announced last year, to increase selection in a university system historically open to everyone who meets a certain academic standard (a move also mooted in the Netherlands) prompted howls about the betrayal of the spirit of égalité in French higher education. The highly selective grandes écoles  whose graduates largely monopolise influential positions in French public life (and on whom state education spending is 50 per cent higher than on university students) went largely unmentioned.

However, as this week’s cover feature discusses, French president Emmanuel Macron pledged earlier this year to close down his own alma mater, the École Nationale d’Administration as a response to the gilets jaunes protesters, one of whose beefs concerned elitism. Other grandes écoles have been asked for their ideas about how to widen participation. But how far this goes remains to be seen.

France also announced plans last year to ramp up fees for international students – from €243 (£217) to €3,770 for a master’s – while boosting their number to 500,000 by 2027 – by, among other things, increasing English language teaching. The Netherlands, too, is proposing to raise international fees.

The culture wars may be deafening, but it seems that money has not lost its voice entirely. 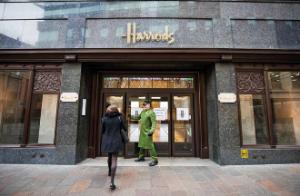 Read More
Written by Mr. Paul Jump,
Source link: www.timeshighereducation.com/opinion/widening-international-participation-not-just-about-numbers
Previous Next
Upnext in
Disclaimer UniAgents does not author any news or content in this section. We aggregate News Headlines, Summary, and Content from over 700 sources, explicitly listed in every article/page. Users can visit the sources for full articles and more local news. The sole aim is to aggregate education news from around the world so they can be categorised and the user can have a personalised experience. In some cases, the original article has news in native language but listing on UniAgents for each article is done in English. There are no copyright infringements, as we do not claim to produce any content mentioned on this page, all relevant sources are mentioned. For any clarifications, do not hesitate to contact us.