The latest UK Immigration Statistics, which was published last week, revealed that this is the largest number of UK study visas which have been issued to Indian students across the previous eight years.

This rise denotes the continuation of the strong upward trend in UK student visa numbers for Indians, which has continued to grow since 2016.
Indians fastest growing nationality receiving UK study visas

The new graduate post-study work route, which will be introduced next year, allows eligible international students to stay in the UK after their studies to seek employment.

Under the new visa reform proposals by UK Prime Minister Boris Johnson’s government, foreign students will have access to the UK post study work visa (PSW) that will grant them the right to work in the country for up to two years after graduation.

Jan Thompson, the Acting High Commissioner to India, responded to this statistic with the statement: “This phenomenal increase in student visa numbers is testament both to the UK’s world leading education system and to the exceptional talents of Indian students. We couldn’t be prouder that the best and brightest continue to pick the UK, making the living bridge between our countries stronger each day.”

The UK also launched a new Points-Based Immigration System earlier this month, which it claims will prioritise individuals on the grounds of their skills and talents.
Indians who applied for UK visas had a 95% success rate

Out of all of the Indian nationals who applied for a UK visa last year, 95% of these were successful, which is an increase of 5% compared to applications submitted last year.

Barbara Wickham, Director (India) at the British Council, said that: “It is exciting to see so many Indian students trusting the UK as the destination for their education and furthering their careers. This bodes very well for both countries’ continued focus on realising their knowledge ambitions in a fast changing world.”

Earlier this year, UK Prime Minister Boris Johnson also announced that top scientists and researchers will be given fast tracked entry to the UK as part of its newly-launched Global Talent visa scheme.

A recent UCAS report also found that foreign students are almost twice as likely (54.1%) to apply to a London university or college compared to students applying from the UK (27.8%). 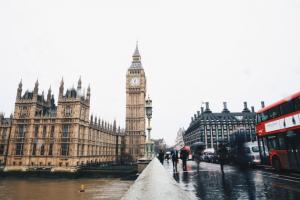 Read More
Written by Josephine Walbank,
Source link: https://www.globaleducationtimes.org/news/europe/93-increase-in-indians-who-got-uk-study-visas/1220/
Previous Next
Upnext in
Disclaimer UniAgents does not author any news or content in this section. We aggregate News Headlines, Summary, and Content from over 700 sources, explicitly listed in every article/page. Users can visit the sources for full articles and more local news. The sole aim is to aggregate education news from around the world so they can be categorised and the user can have a personalised experience. In some cases, the original article has news in native language but listing on UniAgents for each article is done in English. There are no copyright infringements, as we do not claim to produce any content mentioned on this page, all relevant sources are mentioned. For any clarifications, do not hesitate to contact us.