Go Back to the List October 05, 2018
Sweden cuts funding to Ugandan Universities

Uganda currently has nine public universities, although Makerere, the country’s oldest and largest university, has been the biggest recipient of the Swedes’ cash.

Kampala. The Swedish government yesterday announced that it is discontinuing funding research at public universities and re-directing its resources to promote democracy, human rights and the rule of law.
“The issue of funding universities is a matter of development of and for a country, and needs to be steered nationally,” Mr Per Lindgard, the Swedish ambassador to Uganda, said.

“We expect the government of Uganda and the universities shall allocate more local funding to post-graduate training and research and that new ways of partnership shall be promoted,” he added.
News of the announcement caught Education ministry and universities’ executives off-guard, with the former unable to respond to our inquiries on whether the government stood ready to step in and fill the gap.

Sweden has over the past 15 years injected $101m (Shs374b), an average of $6.7m (Shs25b) per year, in public universities-led research.
Uganda currently has nine public universities, although Makerere, the country’s oldest and largest university, has been the biggest recipient of the Swedes’ cash.

Prof Barnabas Nawangwe, the Vice Chancellor, acknowledged yesterday that the Swedish government support for research had helped the institution to hone the skills of its upper-tier academics and their published works have lifted Makerere on global ranking.
The institution is ranked 14 in Africa, according to the 2018 Webometrics Ranking of World Universities, an initiative of the Spain-based Cybermetrics Lab owned by Consejo Superior de Investigaciones Científicas (CSIC).
Prof Nawangwe said money from Stockholm had helped the university train 220 doctoral students and double graduate students over the past 15 years.

“This contribution has been tremendous and it has had a major effect,” he said, unsure where the institution will find an alternative.
Significant government funding for research is currently under presidential initiatives which are available for scientists in banana research and other prospecting local car assembling under Kira Motor Corporation.

Mr Patrick Muinda, the Education ministry spokesman, declined to respond to our inquiries on whether they were prepared to take over university research financing.
Speaking at yesterday’s annual joint review between public universities and Swedish International Development Agency at Makerere University main hall, ambassador Lindgard said their new development cooperation framework with Uganda for 2018-2023 has necessitated resource realignment for greater “respect for human rights, rule of law, a stronger democracy and greater gender equality.
“The lesson learned from the cooperation [with public universities] so far is that funding universities cannot only be left to international donors. This would indeed not be sustainable,” he stated in a speech.
Prof Buyinza Mukasasi, the director for graduate training at Makerere, said growing cases of diabetes, high blood pressure and cancer require scientists to have a fully-equipped modern laboratory to research and find solutions to such non-communicable diseases. 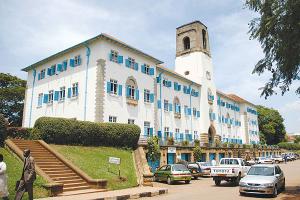 Read More
Written by Stephen Otage,
Source link: http://www.monitor.co.ug/News/National/Sweden-cuts-funding-universities/688334-4786966-11t2bi/index.html
Previous Next
Upnext in
Disclaimer UniAgents does not author any news or content in this section. We aggregate News Headlines, Summary, and Content from over 700 sources, explicitly listed in every article/page. Users can visit the sources for full articles and more local news. The sole aim is to aggregate education news from around the world so they can be categorised and the user can have a personalised experience. In some cases, the original article has news in native language but listing on UniAgents for each article is done in English. There are no copyright infringements, as we do not claim to produce any content mentioned on this page, all relevant sources are mentioned. For any clarifications, do not hesitate to contact us.