Go Back to the List October 30, 2018
US and UK gain as China, Japan, France slip in ranking

In addition to the overall list, the newest edition of Best Global Universities includes rankings by subject.

Across the 22 subject rankings, which evaluate the humanities, applied sciences, mathematics and more, Harvard University ranks first in more subjects than any other university, taking the top spot in 10 of these rankings.

These nations performed the best in the following subject rankings, listed in order of countries with the most universities on each list:

Morse said: “In terms of the subjects, the US still dominated with 24.7% of the schools ranked in the subjects, which is down slightly from 25.3% last year. China rose to second with 8.1% from third last year with 7.4% and the UK fell from number two with 7.8% to number three with 7.5%.”

Based on Web of Science data and InCites metrics provided by Clarivate Analytics, the Best Global Universities methodology weighs factors that measure a university’s global and regional research reputation and academic research performance.

For the overall rankings, this includes bibliometric indicators such as publications, citations and international collaboration. Each subject ranking has its own methodology based on academic research performance and reputation in that specific area.

Anita Narayan, managing editor of education at US News and World Report, said: “Higher education continues to be more global, meaning that prospective students are looking beyond universities in their country when thinking about where to enrol.”

US News and World Report is a digital news and information company.

One difference between the US News Best Global Universities ranking and other major world university rankings is the fact that US News numerically ranks all the universities in the overall rankings, from number one to number 1,250, without using broad tiers.

In addition, the US News subject rankings are the only ones that numerically rank the top institutions in each of the 22 subjects without showing any universities in tiers.

Unlike other publishers of global rankings, US News also publishes numerical ranks for each of the ranking indicators – such as publications, total citations and global reputation – used in the overall ranking methodology to allow users to determine the exact position of each university relative to all other universities ranked for each indicator.

“Readers can therefore understand where a school is stronger or weaker compared with other schools in the rankings,” US Newssays. 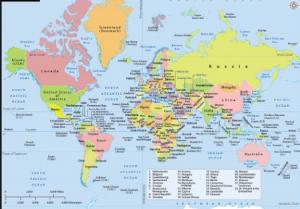 Read More
Written by University World News,
Source link: http://www.universityworldnews.com/article.php?story=20181030072311348
Previous Next
Upnext in
Disclaimer UniAgents does not author any news or content in this section. We aggregate News Headlines, Summary, and Content from over 700 sources, explicitly listed in every article/page. Users can visit the sources for full articles and more local news. The sole aim is to aggregate education news from around the world so they can be categorised and the user can have a personalised experience. In some cases, the original article has news in native language but listing on UniAgents for each article is done in English. There are no copyright infringements, as we do not claim to produce any content mentioned on this page, all relevant sources are mentioned. For any clarifications, do not hesitate to contact us.