Go Back to the List May 25, 2021
Manitoba PNP draw: 232 immigration candidates invited

Manitoba has invited 3,018 PNP candidates to apply for a nomination in 2021.

Manitoba has released the results of its most recent immigration draw.

On May 25, Manitoba invited 232 candidates who can now apply for a provincial nomination through the Manitoba Provincial Nominee Program (MPNP). If they receive it, the nomination will support their final application for Canadian permanent residence.

The following are the results of the latest draw:

A total of 20 invitations, also known as Letters of Advice to Apply (LAAs), went to Express Entry candidates.

Manitoba has a number of immigration programs dedicated to attracting international talent to settle in the province. The provincial government manages its immigration through the MPNP, which supports immigration applications to the federal government. Canadian provinces do not have the ability to give out permanent residency status, but they can help an application along by issuing provincial nominations.

If you want to benefit from a nomination from Manitoba, you need to register an Expression of Interest with the MPNP. This puts you in a position to receive an LAA through the Skilled Workers in Manitoba and Skilled Workers Overseas streams.

Manitoba then ranks candidates out of 1,000 points for their human capital factors, as well as their connections to the province.

The Skilled Workers Overseas Category and Skilled Workers in Manitoba streams are designed to allow the province to identify candidates who meet its labour market needs.

Candidates overseas need to demonstrate connections to Manitoba through the likes of close family ties, previous experience in the province, or an invitation through one of Manitoba’s Strategic Recruitment Initiatives. You do not need to be living in Manitoba at the time of your application to be eligible.

In order to receive an invitation under the Skilled Workers in Manitoba category, you need to have a full-time job offer from a provincial employer.

International graduates who complete education in Manitoba can receive an LAA under the International Education Stream if they demonstrate that they have in-demand skills.

Express Entry is the main way Canada manages skilled worker applications. It is possible to skip the PNP process and receive a permanent residence invitation by applying through Express Entry directly. However, having a provincial nomination effectively guarantees that Immigration, Refugees and Citizenship Canada will invite you to apply for Canadian permanent residence.

Express Entry is an application management system for three federal immigration programs. When you submit your profile, you are then ranked based on the Comprehensive Ranking System (CRS), which considers factors like your age, work experience, education, and language skills.

You gain an additional 600 CRS points if you receive a provincial nomination from a PNP, such as Manitoba’s. This award is high enough to allow you to receive an Invitation to Apply in an Express Entry draw. 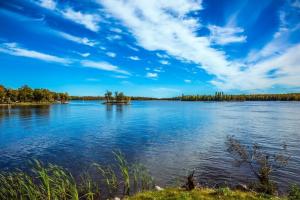 Read More
Written by Alexandra Miekus,
Source link: https://www.cicnews.com/2021/05/manitoba-pnp-draw-232-immigration-candidates-invited-0518144.html#gs.1rpakf
Previous Next
Upnext in
Disclaimer UniAgents does not author any news or content in this section. We aggregate News Headlines, Summary, and Content from over 700 sources, explicitly listed in every article/page. Users can visit the sources for full articles and more local news. The sole aim is to aggregate education news from around the world so they can be categorised and the user can have a personalised experience. In some cases, the original article has news in native language but listing on UniAgents for each article is done in English. There are no copyright infringements, as we do not claim to produce any content mentioned on this page, all relevant sources are mentioned. For any clarifications, do not hesitate to contact us.