Go Back to the List September 27, 2018
Japan overtakes UK in THE global rankings, China rises

United States universities continue to dominate the Times Higher Education or THE World University Rankings this year but are mostly static or in decline; while Japan overtakes the United Kingdom as the second most-represented nation and China continues to march up the rankings.

With 103 universities represented – up from 89 last year – Japan secures its largest presence ever, and overtakes the UK for the first time.

China is the fourth most represented nation and has a new number one university, Tsinghua University, which is also the best ranked institution in Asia.

Despite the US’s domination, the majority of US institutions stagnate or decline in the ranking as global competition intensifies. Stanford University is the US’s top performer in third place and Yale University re-enters the top 10 – but the California Institute of Technology slips again.

The US takes 15 of the top 20, with Switzerland’s ETH Zurich at 11th and UCL from the UK making up the other non-US institution.

But overall, according to Ellie Bothwell, editor of global rankings at THE, the US’s position could be described as “stagnant, or in modest gradual decline”.

“Its institutions operate in increasingly difficult terrain. Public universities are still reeling from state funding cuts in the wake of the global recession and many institutions are faced with declines in international students owing to tightened immigration policies. Combined with mounting global competition, these challenging policies could see America’s higher education power status further weaken.”

Meanwhile, China continues its relentless rise in the rankings. Tsinghua University is the highest climber in the top 30, leaping eight places to 22nd, and becoming Asia’s best ranked institution, overtaking the National University of Singapore (23rd). It also leaves New York University (27th) and London School of Economics and Political Science (26th) in its wake and surpasses Princeton, Yale and MIT for research.

Mainland China has 72 universities included, up from 63 last year. It also retains seven institutions in the elite top 200, and sees several strong performers this year, including Zhejiang University, which climbed a phenomenal 76 places to 101st, and new entrant Shenzen’s Southern University of Science and Technology entering in the top 350.

Phil Baty, THE’s editorial director of the global rankings, said: “Globally, as China and other emerging nations position universities at the heart of national economic growth strategies, they could well challenge the continued Anglo-American dominance of the rankings in future years.”

He said China’s formula for success – strengthening its international outlook and global partnerships, sustaining heavy investment in lead institutions, and an intense focus on attracting and retaining the best global talent – is boosting its reputation and influence worldwide, and other emerging nations have begun to emulate it.

By contrast, traditional power regions such as the US, Europe and Australia are experiencing the effects of deepening cuts and creeping isolationism.

“Maintaining current standards of excellence on those terms is unsustainable, and – amid mounting global competition – we again see signs of stagnation and modest decline among established strongholds, with individual successes the exception,” he said.

“As East Asian universities continue to rise up the ranks, the future of the old elite will depend on strong investment, and positive policies that allow universities to attract and retain the very best international talent.”

India increases its presence again, claiming 49 places this year, up from 42 – the fifth best-represented nation.

It is a mixed picture for Europe, with the UK taking the top two places, but ETH Zurich slipping out of the top 10, while the Netherlands has a new top performer and France’s top two are both recent mergers – with Sorbonne University the highest ranked newcomer.

Seven European institutions are represented in the 2019 top 30, the same as last year, and institutions from Europe occupy almost half the top 200.

But Bothwell warns that a shift in the political climate across the continent could damage many of its higher education systems in future years.

“Universities in the UK, and Europe as a whole, will lose out if pan-European mobility and research collaborations are restricted as a result of Brexit, while the rise in far-right populism is already impacting universities’ academic freedom in countries such as Hungary,” she says. “These factors combined with stiff competition from Asia will put European universities under a great deal of pressure over the coming 12 months.”

The University of Baghdad becomes Iraq’s first entrant in the table’s 15-year history, joining the global top 801-1,000 band. The University of the West Indies becomes Jamaica’s first entrant – joining the table in the 501-600 banding, with a strong international outlook. Kazakhstan, Nepal and Tanzania also join the table for the first time this year, while Serbia re-enters following a one-year absence.

Bangladesh is the only country to drop from the 2019 table, as the University of Dhaka did not submit data. 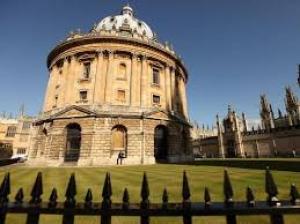 Read More
Written by Brendan Oâ€™Malley,
Source link: http://www.universityworldnews.com/article.php?story=2018092707244915
Previous Next
Upnext in
Disclaimer UniAgents does not author any news or content in this section. We aggregate News Headlines, Summary, and Content from over 700 sources, explicitly listed in every article/page. Users can visit the sources for full articles and more local news. The sole aim is to aggregate education news from around the world so they can be categorised and the user can have a personalised experience. In some cases, the original article has news in native language but listing on UniAgents for each article is done in English. There are no copyright infringements, as we do not claim to produce any content mentioned on this page, all relevant sources are mentioned. For any clarifications, do not hesitate to contact us.