Go Back to the List October 12, 2018
International study abroad needs to be deepened

A recent news article based on a public relations company’s press release regarding search engine inquiries suggested Australian students are reluctant to study overseas. But United States President Donald Trump has taught us that we should be careful of relying on what might be fake news. Or, put in old school terms: Don’t believe everything you read because bad data leads to bad policy.

Australian students now lead their peers in studying overseas, thanks in part to smart government policy such as the New Colombo Plan – and another one, Asia Bound before it – that highlights the benefits of overseas study, lessens the obstacles and brings in non-traditional players.

To understand the evidence, it is first important to distinguish between study abroad (travelling overseas as part of a degree offered in Australia) and full-degree overseas study (completing a degree at an institution in another country).

Australian students are leading in the first category, against predominantly English language-speaking peers. A comparison taken from official sources in each host country shows that in the last reporting year (2016) 21% of domestic Australian undergraduate students participated in a learning abroad programme. The comparative figures for other countries range from 6.6% in New Zealand to 15.5% in the pioneering United States.

Even in the second category of overseas study, Australian students are more willing to do a full degree overseas than is generally recognised by the received wisdom that Australian students will not move for university. Nonetheless, with focused policy will, we could be doing as well or better than our competitors.

Presently Canada and New Zealand are ahead of Australia in this category of overseas study. Canadian students are the most likely to cross borders to study for their entire degree (degree mobility) at 3.5%. Similarly, 2.5% of New Zealand students head offshore for a full degree. For United Kingdom, Australian and US students, rates of outbound mobility for a degree range from 1.73% to 0.38% and it is the US, rather than Australia [0.8%], which is at the bottom of the list.

Some of this greater degree mobility of the Canadians and New Zealanders is likely their location next to higher education systems in both the US and Australia. Tuition policy, however, must also be a contributing factor. New Zealanders can study in highly ranked Australian universities for the same government-subsidised fees as locals and Canadians can access scholarships and subsidised loans at the well endowed American institutions.

One conclusion that might be drawn from this full-degree mobility is that when student loan funding for local students is not portable, as in the Australian case, the best option to experience international education for most students might be as part of their domestic degree through a learning abroad programme.

In other words, policy around tuition fees, we believe, can drive study destination choices, and if the Australian government wants to encourage more depth of learning in the Indo-Pacific region they have the levers and examples to do so.

While this critique of one article based on a questionable data source might seem overly vigorous, it is vitally important as Australian policy-makers begin to set education investment directions coming into an election. As has been stated, bad data analysis will lead to bad policy.

At a time when international education is under political pressure to demonstrate value across a broad spectrum of activities, slippery messaging is especially problematic. Learning abroad has demonstrated impact on our students, in their learning, their employability and their engagement with the world.

Learning abroad is a good news story of Australian higher education policy and commentary in Australia and abroad should be recognising progress in this work rather than suggesting that students of one country are less international and outward-looking than verified data demonstrates them to be.

In the words of the former foreign minister, we should celebrate that we have succeeded in making studying overseas a ‘rite of passage’ for young Australians.

Australian participation in learning abroad programmes has grown from just over 10,000 students in 2009 to 44,045 in 2016 through a combination of good policy setting by the current (eg New Colombo Plan) and previous (eg Asia Bound) governments, and effective implementation by universities.

Following the previous government’s Asia Bound mobility programme and the prime minister’s Asia fellowships, the Australian government launched the New Colombo Plan signature initiative in 2013, which is aimed at mobilising 40,000 undergraduate students to the Indo-Pacific region by 2020.

In 2016, New Colombo Plan recipients accounted for around 22% of undergraduate participation in learning abroad programmes. In other words, around 80% of the growth in participation since the programme launch (2014-16) may be attributable to the government initiative.

The evidence shows that the New Colombo Plan has expanded access to learning abroad to under-represented student groups, including students with financial disadvantage and students from non-traditional disciplines such as STEM subjects (science, technology, engineering and mathematics), health and education.

Continued government support is critical for achieving such targets and for boosting the engagement of young Australians in the world. Emerging research indicates that the New Colombo Plan is achieving great outcomes for individuals. However, it also suggests that, to achieve the soft power and developmental goals sought by the government, longer term exposure by both students and institutions is necessary.

The history of the original Colombo Plan – a full-degree abroad programme targeted largely at postgraduate studies – and the ongoing relationship between Colombo Plan participants and Australia provides a powerful example of building influence through education.

In sum, the first priority for the Australian higher education sector is to ensure the continuity of the success of the New Colombo Plan and its predecessor Asia Bound that have made Australia leaders in study abroad. Moreover, Australia has an opportunity to build on the success we have had with regard to the New Colombo Plan’s breadth, which has given more and more diverse students an overseas taster.

Now is an opportunity to add greater depth to the New Colombo Plan or its successor by focusing policy on supporting more young Australians to undertake full graduate-level degrees at leading institutions in the Indo-Pacific region. Following this path, informed by good data, Australia will better foster the soft power of long-term people-to-people relationships that are so valuable for our future social, political and economic interests. 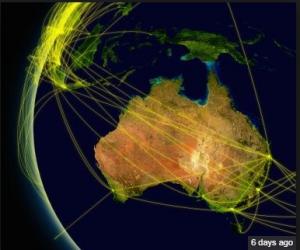 Read More
Written by Davina Potts and Kent Anderson,
Source link: http://www.universityworldnews.com/article.php?story=20181010141814355 | https://www.google.co.in/search?q=International+study+abroad+needs+to+be+deepened&rlz=1C1CHBD_enIN817IN817&source=lnms&tbm=isch&sa=X&ved=0ahUKEwiAkLjZt5TeAhUR448KHU8nD1EQ_AUIDygC&biw=1360&bih=633#imgrc=Mdq7QHlt89ABJM:
Previous Next
Upnext in
Disclaimer UniAgents does not author any news or content in this section. We aggregate News Headlines, Summary, and Content from over 700 sources, explicitly listed in every article/page. Users can visit the sources for full articles and more local news. The sole aim is to aggregate education news from around the world so they can be categorised and the user can have a personalised experience. In some cases, the original article has news in native language but listing on UniAgents for each article is done in English. There are no copyright infringements, as we do not claim to produce any content mentioned on this page, all relevant sources are mentioned. For any clarifications, do not hesitate to contact us.