British universities face a black hole of hundreds of millions of pounds in tuition fees from the impact of coronavirus as international students from China and other severely affected countries are forced to cancel or postpone enrolments.

Sources told the Guardian that most universities are planning for new students from China to delay entry until January next year, with online teaching offered. Exams, including English language tests required for visas and university admissions, have been cancelled in China, where 80,000 people have caught coronavirus.

In addition, university leaders report that Chinese and other international students are unhappy at the British government’s response to the outbreak, with some asking to suspend their studies, seek a refund and return home. Revelations about the funding deficit faced by universities came as:

British universities increasingly rely on revenue from international tuition fees, with students from China providing the vast majority of growth. There are more than 120,000 students from China studying in the UK, as well as 17,000 from Hong Kong and Macau, and 8,000 from South Korea and Japan. A 10% fall in enrolments from those regions could cost higher education £200m or more in lost tuition fees alone.

International student fees at British universities can range from £60,000 for MBAs at prestigious institutions such as Oxford’s Said Business School, to about £21,000 a year for a bachelor’s degree at University College London.

Vivienne Stern, director of Universities UK International (UUK), the umbrella group representing British universities, said: “Coronavirus is likely to have a significant impact on this year’s recruitment and admissions cycle for international students, including but not only from China.”

Stern said UUK was working with organisations such as the British Council, which administers English language tuition and testing in China and other affected countries such as Vietnam, and the government.

“Measures universities are considering will include greater use of online delivery and delayed start dates. Meanwhile, we are engaging with government on a wide range of issues affecting the student recruitment, admissions and visa application cycle,” she said.

More than 90,000 new students from China, Hong Kong, South Korea and other affected countries had been expected to arrive on British campuses in September, but universities are braced for substantial numbers of current applicants being unable to travel or to pull out completely.

In that scenario, the UK economy would also stand to lose hundreds of millions of pounds in lost revenue from spending by international students on accommodation, travel, entertainment and living expenses.

Helen Higson, provost and deputy vice-chancellor of Aston University, said the experience of Australia, where the academic year coincided with the beginning of the coronavirus crisis, suggested the impact would have “big implications” for the cash flow of some British universities.

“In order to address this, institutions are already trying to find ways around this, including more online delivery – if we can get over the issues of the Chinese firewalls – [and] moving start dates from September to January,” Higson said.

She added that universities were looking at lengthening their pre-sessional English programmes and putting in extra language support to help compensate for the difficulties students face in taking the English language qualifications, called IELTS.

Since the outbreak began, the British Council has closed down IELTS testing in China and several other countries. Other test providers have also shut, while governments have closed schools and colleges.

“The health of our students, customers and colleagues is our priority throughout this rapidly evolving situation. We are responding in line with local government and health authority guidance, continuing to run exams as planned where it is possible to do so. In line with health authority guidance, all exams in China are cancelled until the end of March,” the British Council said.

The University of Oxford has advised applicants that it is monitoring the situation.

British universities already face uncertainty over links with the EU after Brexit, including continued membership of the mammoth Horizon Europe science funding programme and the Erasmus+ student exchange programme.

Students from China, Hong Kong and South Korea are particularly concentrated in a range of taught postgraduate courses, meaning some universities may be forced to cancel masters’ courses because of lack of student numbers. 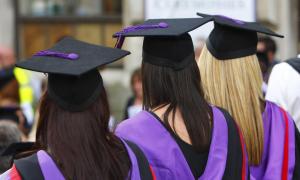 Read More
Written by Richard Adams and Rachel Hall,
Source link: https://www.theguardian.com/education/2020/mar/06/uk-universities-face-cash-black-hole-coronavirus-crisis
Previous Next
Upnext in
Disclaimer UniAgents does not author any news or content in this section. We aggregate News Headlines, Summary, and Content from over 700 sources, explicitly listed in every article/page. Users can visit the sources for full articles and more local news. The sole aim is to aggregate education news from around the world so they can be categorised and the user can have a personalised experience. In some cases, the original article has news in native language but listing on UniAgents for each article is done in English. There are no copyright infringements, as we do not claim to produce any content mentioned on this page, all relevant sources are mentioned. For any clarifications, do not hesitate to contact us.