Go Back to the List October 05, 2018
The consolidation of Chinese private higher education

Higher education as an industry is facing unprecedented worldwide challenges due to an increase in competition and the need for greater efficiency. In China, the private sector in higher education is witnessing a trend of convergence by acquisitions – private educational groups acquiring other private institutions.

The golden age of the education market

China is the world’s largest higher education market, followed by India and the United States. The total student enrolment in higher education in China reached 37 million in 2016. A burgeoning middle-class society presents vast opportunities for the industry and higher education has become a key area for investment in China.

A report by Deloitte refers to the “golden age of the Chinese education market”. There has been a rapid increase of private capital flowing into the education industry in terms of both amount and frequency.

According to Deloitte, in 2015 the amount of investment in the Chinese education industry was more than twice that in 2014; the total amount of mergers and acquisitions increased by 165% year on year; and initial public offerings (IPOs) increased by 76% from the previous year.

The Chinese government has invested greatly in improving basic and secondary education in terms of access and quality and is achieving very encouraging results. In higher education and vocational education, however, there is still a need for more affordable and quality education services offered by reliable private education providers.

There are currently more than 740 private higher education institutions in China, and thousands of private vocational and technical schools, most of which are founded, sponsored and operated by individuals. There is much room for improvement in efficiency and instructional quality at many of these institutions.

China’s fragmented private higher education industry is expected to undergo a wave of consolidation over the next decade, and the consolidation is expected to further promote students’ access to quality education, create more opportunities for employment and boost shared and sustainable prosperity in regional economies.

Another feature of the higher education sector in China is that it has extremely high entry barriers. One such barrier is the requirement to possess land and buildings. Elsewhere in the world, it is not uncommon for universities to operate on leased land and buildings, but in China land and building ownership is often a prerequisite to obtain a licence to operate.

This has serious implications for capital expenditure and for the time needed to prepare the application for licence. Acquisitions thus offer an efficient point of market entry compared with creating new schools. Other industries –including healthcare, banking, automobiles and electronics – have seen waves of mergers and acquisitions.

While circumstances may vary, the objective of these activities is generally similar to what we would expect to see in higher education: specifically, to ensure continued growth and impact, greater efficiency, greater economies of scale and improved quality, reputation and competitiveness.

China Education Group became a listed company in Hong Kong in December 2017. Four cornerstone investors subscribed to the IPO of the company, including the International Finance Corporation of the World Bank, the Singapore Government Investment Corporation, the Chinese private equity firm Greenwoods and Value Partners of Hong Kong.

In the six months since its listing, its share price has increased by more than 80%. As the industry consolidates and competition heats up, the large players – which tend to have strong balance sheets – are expected to step up schools’ acquisitions to further enhance competitiveness. China Education Group raised US$420 million in its IPO. Three months later, the group acquired two schools in Zhengzhou and Xi’an in China.

Zhengzhou School is China’s largest vocational school with 24,000 students. Its size is equal to that of the second to the fifth largest schools combined. Meanwhile, Xi’an School is China’s largest technical college with 20,000 students. Zhengzhou is the heart of Central China and Xi’an is the heart of Western China. Regional economies are growing rapidly and there is significant demand for quality education in those areas.

Integration is key to success

Extensive research is required to identify schools with the greatest growth potential for acquisition. Private education groups normally evaluate schools based on their location, degree level, size and subject areas, among other factors. For any industry, integrating the acquired organisations to attain the intended acquisition objectives poses immense challenges.

In fact, a large majority of mergers and acquisitions fail to achieve their hoped-for benefits. Some estimates put the success rate at less than 20%.

China Education Group has a proven record of promoting its schools to be the top players in their respective categories and has earned the International Standards Organisation’s ISO9001 certification for its education management system. Its two universities have been ranked number one private university in China for nine straight years and number one private university in Guangdong province for 10 straight years, respectively.

Taking course development as an example, a newly acquired school may establish new programmes with resources and experience from other schools in the education group, hence reducing the time and cost necessary for course development at the new school. Therefore, merged schools can benefit from increased enrolment, size and programmatic diversity.

Looking ahead, markets are seeing an increasing demand for graduates with professional skills. According to Frost & Sullivan, the proportion of fresh higher education graduates among the overall young unemployed population in China has grown from 35% in 2005 to 45% in 2016.

In order to stand out, private universities need to bolster their reputations by focusing on career-oriented education. The success of these acquisitions in the industry will depend on the ability of educational companies to leverage their resources to help the acquired schools meet the market’s ever-changing needs. 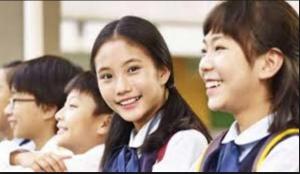 Read More
Written by Kai Yu ,
Source link: http://www.universityworldnews.com/article.php?story=20181003094521393 | https://www.google.co.in/search?q=The+consolidation+of+Chinese+private+higher+education&rlz=1C1CHBD_enIN817IN817&source=lnms&tbm=isch&sa=X&ved=0ahUKEwiclfGEz5TeAhVHPo8KHZ8gCAgQ_AUIDygC&biw=1360&bih=633#imgrc=fHtBjLO47ZBi3M:
Previous Next
Upnext in
Disclaimer UniAgents does not author any news or content in this section. We aggregate News Headlines, Summary, and Content from over 700 sources, explicitly listed in every article/page. Users can visit the sources for full articles and more local news. The sole aim is to aggregate education news from around the world so they can be categorised and the user can have a personalised experience. In some cases, the original article has news in native language but listing on UniAgents for each article is done in English. There are no copyright infringements, as we do not claim to produce any content mentioned on this page, all relevant sources are mentioned. For any clarifications, do not hesitate to contact us.