Go Back to the List October 17, 2019
Cross-border university opens with digital faculty

The Cameroon-Congo Interstate University has opened in Sangmélima, Cameroon, with 300 students from the two countries, with a second faculty due to follow in Congo-Brazzaville.

The second faculty is being built in Ouésso, north Congo, which will specialise in environmental, applied sciences and forestry studies. According to ADIAC, its location is “important”. It is situated in the second largest tropical forest in the world, after the Amazon, covering more than 286 million hectares over six countries: Congo-Brazzaville, Cameroon, Central African Republic, the Democratic Republic of the Congo, Equatorial Guinea and Gabon.

The Interstate University, which ADIAC reported will be open to students from other African countries and the world, was created on the initiative, announced in 2012, of presidents Denis Sassou Nguesso of Congo and Paul Biya of Cameroon.

Hamidou said he was witness to “the permanent effort” of the two presidents who “carry out actions for African integration in general, and the sub-region in particular”. He noted the “enthusiasm of young people for the project, because digitisation represents the world’s fourth industrial revolution”.

Itoua said he was delighted the initiative placed Congo and Cameroon central to the integration of the region. “A higher education institution in the digital domain, a domain very favourable to enable Africa to take part in global competition,” ADIAC reported him as saying. – Compiled by Jane Marshall 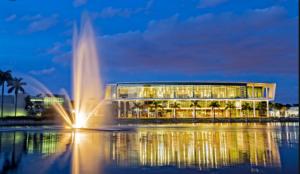 Read More
Written by University World News,
Source link: https://www.universityworldnews.com/post.php?story=2019101407581318 | https://www.google.com/search?q=Cross-border+university+opens+with+digital+faculty&rlz=1C1CHBD_enIN839IN839&source=lnms&tbm=isch&sa=X&ved=0ahUKEwi42aXu9aLlAhUcUI8KHQBlDToQ_AUIEygC&cshid=1571302704385266&biw=1024&bih=657#imgrc=Us6j2ZfzBs5hKM:
Previous Next
Upnext in
Disclaimer UniAgents does not author any news or content in this section. We aggregate News Headlines, Summary, and Content from over 700 sources, explicitly listed in every article/page. Users can visit the sources for full articles and more local news. The sole aim is to aggregate education news from around the world so they can be categorised and the user can have a personalised experience. In some cases, the original article has news in native language but listing on UniAgents for each article is done in English. There are no copyright infringements, as we do not claim to produce any content mentioned on this page, all relevant sources are mentioned. For any clarifications, do not hesitate to contact us.