Go Back to the List March 07, 2020
Students could apply to university after A-levels under major overhaul of admissions system

Students would apply to university only after receiving their A-level results under a radical overhaul of the admissions system being considered by the watchdog.

Personal statements and predicted exam grades could be scrapped from the application process – and unconditional offers, which can pressure students into accepting a place, may end.

The Office for Students (OfS), the university regulator, has launched a major review of the system which will examine whether post-qualification admissions would be fairer to prospective students.

Possible reforms on the table include saving university offers until after a student has received their A-level grades, or delaying the application process altogether until after results day.

Sir Michael Barber, chair of the OfS, said: “We want to use our powers to convene, to consult and to discuss how we can arrive at a system of admissions where the interests of all students are paramount."

Other plans include removing the need for personal statements and references, as well as improving the accuracy of predicted grades or scrapping them, amid concerns they disadvantage poorer students.

The review will also consider the use of “inappropriate” marketing or incentives offered to students at a time when they might be especially vulnerable.

Sir Michael added: “There is widespread recognition that certain aspects of the current admissions system are not working, and may be especially unfair on students from disadvantaged backgrounds.”

Universities UK (UUK), the organisation representing vice-chancellors, is also carrying out a review into admissions - which will consider whether students should be offered places after they have their grades.

Meanwhile, admissions service Ucas has been consulting students, teachers, and admissions staff to explore how the offer-making timetable and grade predictions could be improved. 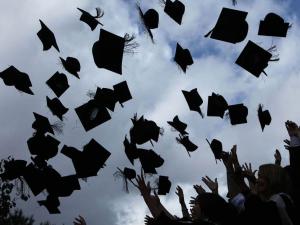 Read More
Written by Eleanor Busby,
Source link: https://www.independent.co.uk/news/education/education-news/students-university-admissions-application-ucas-a-level-results-review-degree-place-a9361246.html | https://www.independent.co.uk/news/education/education-news/students-university-admissions-application-ucas-a-level-results-review-degree-place-a9361246.html
Previous Next
Upnext in
Disclaimer UniAgents does not author any news or content in this section. We aggregate News Headlines, Summary, and Content from over 700 sources, explicitly listed in every article/page. Users can visit the sources for full articles and more local news. The sole aim is to aggregate education news from around the world so they can be categorised and the user can have a personalised experience. In some cases, the original article has news in native language but listing on UniAgents for each article is done in English. There are no copyright infringements, as we do not claim to produce any content mentioned on this page, all relevant sources are mentioned. For any clarifications, do not hesitate to contact us.