Go Back to the List January 25, 2019
International student tuition and the funding crisis to come

One does not need to be an oracle to read the future in the cracking bones of the United States higher education system. The combination of reduced state support, increasing reliance on tuition fee revenue and decreasing domestic and international enrolment is coalescing into a hulking morass.

In 2017, inflation-adjusted state appropriation for higher education was down 10% from the decade prior and marked the first year that tuition fee funding eclipsed educational appropriations in the majority of states, according to a report by the State Higher Education Executive Officers Association.

While tuition fee increases have supplemented state support, it has come at a high price for students in the form of US$1.5 trillion of debt and economic preclusion from tertiary education.

From the 2012-13 to the 2017-18 academic year, domestic enrolment declined 8.3% (according to National Center for Education Statistics data) as the gap between investment and its return widened.

Increasing reliance on international student tuition fees is the catalyst for transforming international higher education in the US from a diplomatic enterprise to the financial linchpin of strategic plans.

Couched in a hybrid language of college counselling and business vernacular, the discourse surrounding international student recruitment is morphing more into the latter as students become ‘customers’ and the failure to attract them falls on the institutions, which are unable to meet the demands of a market-based higher education system into which they are unwittingly thrust.

Aware of the writing on the wall, US higher education institutions now scour the globe in order to subsidise and supplement funding in an increasingly crowded market for recruiting international students.

The problem with this approach is that it only works until it doesn’t. The strategy of increasing tuition fees and searching far and wide for more students to pay it, hits a point of diminishing returns. Tuition revenue from a dwindling pool of students will not only shrink, but its consequences will (and do) reverberate throughout society and the economy as the population of college-educated Americans reduces and the level of student debt grows.

The dual decline of domestic and international student enrolment and the impending financial consequences expose the short-sightedness of the tuition-fee-based funding model.

Having failed the viability test on the domestic front, we’ve exported this model globally in the hope that international students will continue to fund and populate college campuses regardless of the cost. With new international enrolment declining 6.6% this year (according to the Institute of International Education), it’s hard to make the case that it will.

It is an American predilection to believe that we can fix systemic problems through the same mechanisms that cause them. We are told that we can fix our healthcare system through greater exposure to the market, that our costly and overcrowded prisons should be privatised, that our universities need to better mirror the private sector with its quenchless thirst for financial capital.

As a result, we lead the world in healthcare costs and incarceration. Our colleges and universities, the most expensive in the world, are at risk of falling into the same category of systemic rot.

The ramifications of diminished financial resources and fewer students is clear. The recent spate of school closures, both for- and non-profit, is symptomatic of the problems facing the US higher education system. Institutions shut down en masse, the quality of education suffers, resulting in greater decreases in enrolment, thus deepening the problem.

Rather than resign ourselves to the status quo, there is a responsibility to tackle the problem head on and save our most valuable and resilient institution – the university. To do this, we need to be honest about the causes of high tuition fees, from the construction of Babylonian campuses, to our increasing willingness to look the other way as state support dwindles.

International students, some of the best and the brightest in the world, bring us diversity and exposure to new cultures. They leave as ambassadors for American education and thought. They are not a panacea for the financial woes of our colleges and universities, morally or practically speaking. 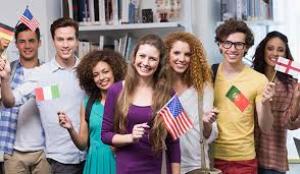 Read More
Written by Paul Schulmann,
Source link: www.universityworldnews.com/post.php?story=20190121080047664
Previous Next
Upnext in
Disclaimer UniAgents does not author any news or content in this section. We aggregate News Headlines, Summary, and Content from over 700 sources, explicitly listed in every article/page. Users can visit the sources for full articles and more local news. The sole aim is to aggregate education news from around the world so they can be categorised and the user can have a personalised experience. In some cases, the original article has news in native language but listing on UniAgents for each article is done in English. There are no copyright infringements, as we do not claim to produce any content mentioned on this page, all relevant sources are mentioned. For any clarifications, do not hesitate to contact us.