Go Back to the List April 16, 2020
Universities last in line as Europe eases coronavirus lockdown

Governments are prioritising reopening schools and businesses over campuses. But some academics fear the impact on disadvantaged students – and on their teaching
As European countries tentatively relax their coronavirus lockdowns, universities have found themselves near the back of the queue for reopening, with campuses in several countries expected to stay largely closed to students until the next academic year.

In one sense, universities have become victims of their own success at teaching online, but some academics are concerned that continued closures could hurt poorer students without access to computers or study space, while others mourn the loss of face-to-face connection while teaching.
“Right now, the universities are not first in line when it comes to reopen[ing] society,” said Jesper Langergaard, director of Universities Denmark. In his country, campuses were shut and students sent home on 13 March, and will remain so until at least 10 May, despite kindergartens and primary schools reopening this week.
There are a few exceptions, with the government allowing universities to reopen for final-year medicine students, for example. “We do our best to continue both teaching and research, but we are looking forward to open[ing] again,” he said.

Meanwhile, in France, President Emmanuel Macron, announcing an extension of lockdown measures until mid-May, said earlier this week that physical university classes would not resume until the summer.

Germany is to allow smaller shops to reopen from 20 April, and schoolchildren facing leaving exams, along with final-year primary school pupils, will start returning to class from 4 May.
Germany, Austrian schools are set to reopen in early May for pupils taking their leaving certificates, while small shops, garden centres and DIY stores reopened on 14 April.
In Italy, which shut its universities as long ago as 5 March, Piero Ignazi, professor of political science at the University of Bologna, said there had been no discussion about reopening physical campuses. “As far as I know, the large majority of universities have introduced online learning systems, and it’s working quite well,” he said.
“The university community is quite silent” about the prospect of reopening, he added.

For Professor Ignazi personally, online teaching has worked far better than expected, with students less shy online than in real life, he observed. But, ultimately, he wants a return to physical teaching. “Teaching should be face-to-face. I don’t know the reaction of students. How can I grasp if students understand what I’m saying? I can’t see the faces, the eyes,” he said. 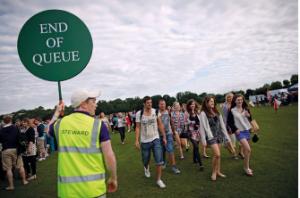 Read More
Written by David Matthews,
Source link: https://www.timeshighereducation.com/news/universities-last-line-europe-eases-coronavirus-lockdown
Previous Next
Upnext in
Disclaimer UniAgents does not author any news or content in this section. We aggregate News Headlines, Summary, and Content from over 700 sources, explicitly listed in every article/page. Users can visit the sources for full articles and more local news. The sole aim is to aggregate education news from around the world so they can be categorised and the user can have a personalised experience. In some cases, the original article has news in native language but listing on UniAgents for each article is done in English. There are no copyright infringements, as we do not claim to produce any content mentioned on this page, all relevant sources are mentioned. For any clarifications, do not hesitate to contact us.